Sony rumored to be developing their own Sony smartphone chip

Not long ago, we heard that Sony could possibly stop producing mobiles in the future but it would not happen. Instead, they are trying to find a way to develop their smartphone division mroe and more. Maybe that is why a Sony chip will be seen soon! 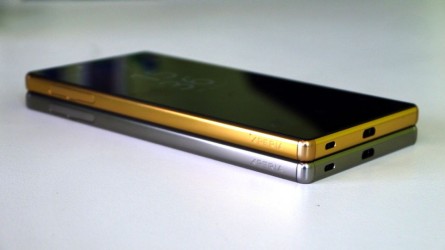 Sony rumored to be developing their own smartphone chip

If that is the case, Sony will be the next giant smartphone manufacturer, after Samsung, Huawei, Apple and LG to have their own Sony smartphone chip. Of course, it will be used for Sony devices first, which will also become an identity for Sony products. During the past time, Qualcomm and MediaTek have been the main processor suppliers for Sony handsets. They are good but sometimes problems occur and Sony cannot do many things to solve them at once. They have to wait for the suppliers’ resolution.

That could be a reason why this Japanese guy wants to produce a chip, so they can control things much more effectively. At the moment, we are wondering what name Sony will give their chipset. Huawei has HiSilicon Kirin; Samsung has Exynos; Apple has Apple A chip series; and even LG is developing their own Nuclun chip. However, in fact, Samsung with the coming Exynos 8890 is kind of more standing out and attracting many people due to its high productivity, especially when it is going to power their next flagship Samsung Galaxy S7. As for Sony, we hope they can find a great name for a great chip which will bring the best performance for all Sony smartphones. If so, the company will be able to increase the sales and there will be no rumor like the cancellation of Sony smartphone division anymore. Do you think so?

Should they stay the same or go their own way?

Anyhow, there is another possibility that Sony cannot do it right away, but in the near future, they may design the chip and have another partner mass-produce it. Let’s wait and see! Yet, yould you prefer Sony to stay the same as now or go for a totally new thing like that?