Sony smartphones are no doubt among the most popular and best selling mobile devices in the market nowadays. Some of the best Sony Xperia smartphones for 2015 include (but are not limited to) Sony Xperia Z5 Premium with 4K display, Xperia Z5 with best 23MP camera in the world, Xperia M5 with 13MP selfie and more. How about a promising Xperia smartphone for 2016 with amazing specs, enough to keep us excited for a long while?

Let me introduce you to the Sony Xperia ZX smartphone. Expected to present in 2016, the Sony Xperia ZX is being rumored with all of the best specs you can think of: 6GB RAM, Android 6.0 and a decent battery of at least 4000 mAH. But 6GB RAM and Android 6.0 can also be found in other upcoming flagships. Then what is special about the Xperia ZX?

The best thing about this Sony Xperia ZX is its camera sensors. For Sony Xperia ZX camera, it will be a double 23MP sensors. While we already saw 23MP rear camera on Sony Xperia Z5, a 23MP front camera is just beyond our imagination!!. And everything will fit in a 6.0 mm body? Crazy. Amazingly crazy. 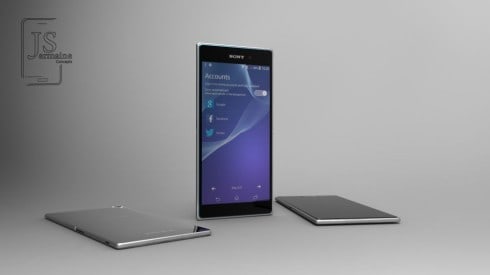 Sony Xperia ZX: what to be expecting

Althoug Uva7 Dance gives his smartphone a Snapdragon 800 processor the time he designed it, by 2016 we can totally expect a powerful Snapdragon 820 to be on board. Appealing design, irresistible camera sensors, and a strong processor! What else are you looking for in a smartphone? Maybe a reasonable price tag would be highly appreciated!