OnePlus 3 leaked image is showing up again. This time, it’s on a twitter account of familiar-smartphone leaker-Evan Blass. This third flagship comes with a whole new design. It’s thin and it’s metallic. This makes OnePlus fans much more excited to witness this smartphone. 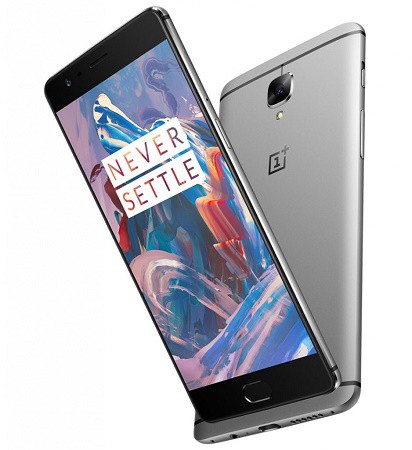 OnePlus is preparing to present its new flagship smartphone – the OnePlus 3. Ten days ago, the OnePlus 3‘s leaked image were on Weibo. And now, once again, a new image of this device has been out. This image comes form a guy named Evan Blass. On his twitter, he claimes that the phone in the photo was the new OnePlus flagship. The OnePlus 3 is reported not to have its sandstone back anymore. Instead of that, it will show up with a metallic body.

This smartphone will have an antenna lines on the back. At the bottom, there will be a speaker and a headphone jack and a USB-Type C. Blass also said on his page that this handset will have an AMOLED screen. This feature is different from its predecessor- the OnePlus 2 (OnePlus 2 uses LCD screen). This AMOLED screen is likely to be better than the IPS LCD screen, especially in sunny conditions. OnePlus 3 is also said to sports a 3000mAh battery life. 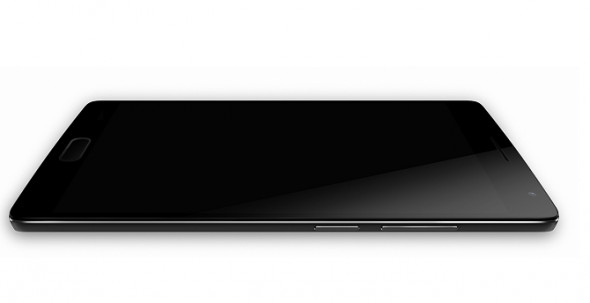 OnePlus 3 had been believed to be launched in June before. On the previous leaks, this smartphone is rumored to have a 5.5-inch 1080p display. I’s likely to use a popular chipset to all flagship smartphone- the Snapdragon 820 chipset. This third flagship is expected to launched with 2 RAM versions. They’re the 4GB-32GB model and 6GB-64GB variant. The phone might feature a 15MP rear cam and a 8MP front snapper.

The newest smartphone OnePlus hasn’t been launched yet. And its images keep being leaked. The latest OnePlus 3 leaked image has showed a smartphone with an logo of the company on the back. And the phone looks a lot like the HTC 10. It’s all-in-one metal and super thin. All fans are waiting for OnePlus 3 launch on 28 June. So let’s  just wait and see its new look.