OnePlus 3’s photo is reported to be leaked on Weibo. Those images showed the front and the back of an smartphone, and the handset looks nothing like its predecessors. This OnePlus 3 realese date is supposed to be on late second quarter of this year, by June. 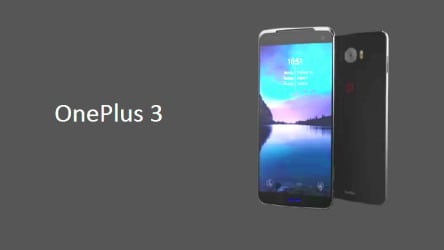 The upcoming flagship is said to keep the same screen size- 5.5 inches and resolution  1080 as its two previous predecessor – OnePlus 1 and OnePlus 2. As we can see from those leaked images, the texture on the back which appear on OnePlus 2 is get rid of. Instead of that, OnePlus 3 will show up with a full metal back. The fingerprint saner and USB Type C might also be retained. This One 3 might has a 15-megapixel rear camera and a 8-megapixel front camera, capable of Full HD video recording.

It’s reported for the third time that there’ll be 2 variant of this smartphone. One with 3GB RAM and 32GB storage, the other with 4GB RAM and 64GB storage, both feature Qualcomm’s Snapdragon 820 chipset. It’s highly likely that OnePlus 3 will run OxygenOS 3.0 which is based on Android 6.0 Marshmallow. About the battery, we’re expecting that this new phone will be 3,500 mAh which is an uplift from OnePlus 2 with 3,300 mAh. The latest leak suggests that this phone will feature Oppo’s VOOC fast-charging technology, which means it can recharge 3500mAh battery in just 15 minutes. 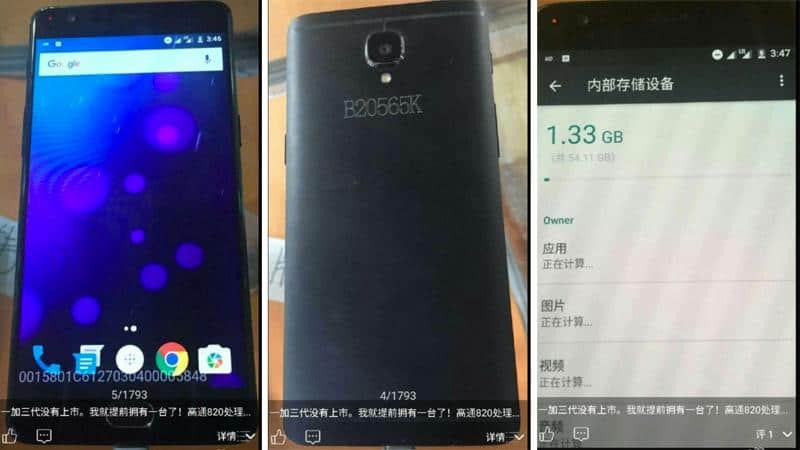 The co-founder of OnePlus company didn’t give anything information about the price. However, the OnePlus 3 price is supposed to  cost around $310 in the US, According to GizmoChina. This price is surprisingly cheaper than it’s forerunner – the OnePlus 2 with the launched price at $329.  It’s also believed that its higher-end version will have the price at $385.

The startup smartphone company had a very busy year of 2015 by releasing two new smartphones- OnePlus 2 and OnePlus X. And they both became the flagship killers in that year. And now, they’re about to release another one which is expected to do the same thing. Adroid fans are dying to see the next generation flagship of OnePlus this year- the OnePlus 3.