ZTE just unveiled their new smartphone, the Nubia N1 Lite. The device targets mid-range market and will be available shortly after MWC 2017. 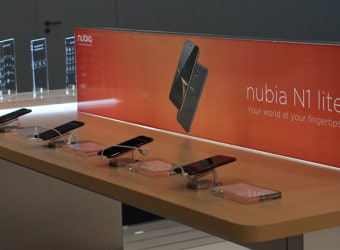 Nubia N1 Lite was announced today at MWC 2017. ZTE did not share all the specs with the audience but we manage to get enough information about this device. In terms of Nubia N1 Lite specs, it features a 5.5″ HD IPS LCD display screen, along with a quad-core processor under the hood. The specific details about which processor used is not available. The phone will come with 2GB RAM and 16GB of on-board storage, which can be expandable up to 256GB via microSD card slot.

As for ZTE Nubia N1 Lite, the phone is mounted with 8MP camera on the back, while the front camera is 5MP. There is also limited information about the cameras. But we know that the back camera comes with autofocus feature and dual-LED flash, capable of recording 1080p@30fps videos. There’s also a LED flash on the front panel too. 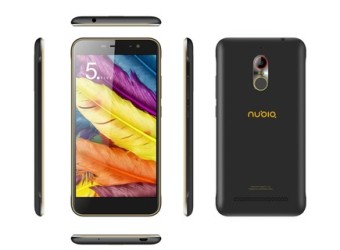 Other features include a non-removable battery of 3000mAh capacity (without fast battery charging technology). The phone has a fingerprint scanner mounted on the rear, and ZTE claims that it can unlock this smartphone in 0.3 seconds. Sadly, it comes with Android 6.0 Marshmallow without any plan for future update. Nubia N1 Lite will support 4G and sold in Black color.

The company has confirmed that this is a global launch of the device. According to ZTE, the Nubia N1 Lite will be released at the end of March in the following countries: Czech Republic, Germany, India, Indonesia, Italy, Spain, Thailand and Vietnam. However, there’s a possibility this phone will be available in other countries in Q2 or Q3 this year. That is all the info that ZTE released when it comes to this smartphone, but more should be coming next few weeks. So stay tuned to find out more!