Nokia U – The best Nokia smartphone for YOU!

Nokia U is an interesting Nokia smartphone designed by the public. Check out how it looks like and what it can do and you will be amazed! 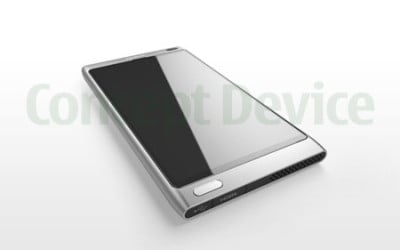 Nokia U – The best Nokia smartphone for YOU!

“Why not let the public design the kind of phone they would actually like?” Yes, Nokia came up with something like a competition called Design by Community and it did draw much attention from people trying to create “the ultimate concept device”. In the end, the winner was Nokia U. We won’t be surprised if this model comes along with the Nokia comeback at the end of 2016. It is made for us and by us, rite?!

Looking at the handset, it seems very sleek with a 4.0-inch 16:9 touchscreen and an aluminium body plus soft touch silver/black finish. Spec-wise, there is an auto lens cover hiding an 8MP camera with 4X optical zoom, a dual LED plus Xenon flash on the back. However, we think the main sensor can be changed into a 21MP equipped with PureView tech. More interesting, the Nokia U is said to be able to support multiple operating systems, which means you can totally choose Android if you like.

For other Nokia U specs, we hope to see a Full HD display, a Qualcomm Snapdragon 820 or a MediaTek’s deca-core chip (such as Helio X20 or X25), an 8MP selfie shooter, an at least 3,000mAh battery supporting fast charging technology, 3/4GB of RAM paired with 128GB of internal storage (expandable). They would make the U perfect!

Nokia U price and availability

With such an excellent package of specifications, appearance and meaning of its name, Nokia U is worth being one of the best smartphones of the year. Although its cost as well as release date has not been mentioned, we predict it can be priced at around $300. Do you think it is reasonable? Share with us your opinions!