Huawei out Huawei Honor 7i with flipping camera for RM 1K

Recently, a new Huawei Honor machine has been launched in Beijing. And it is the Huawei Honor 7i that we heard about a lot of times a few weeks ago.

As what we informed you, this is a unique smartphone due to its camera. It appeared on TENAA with the model name ATH-ALoo. The smartphone was said to bring users interesting experience with a sliding camera. Specifically, it could slide up to show a front-facing shooter with an extra Xenon flash, which would allow you to take beautiful selfies in a whole new way.

But that was before the Huawei Honor 7i launch date. Things have been changed a bit. Honor 7i actually comes with a flipping, not sliding, snapper. Anyhow, it’s also…awesome, right?!

Compared to Huawei Honor 7, Huawei Honor 7i body is more rounded and made of plastic. The most highlighted feature is its flipping Sony 13MP f/2.0 cam, equipped with sapphire protection and dual LED flash. Interestingly, this cam can flip 180 degrees to become a front cam. You will still have the same 13MP sensor to capture anything you like. 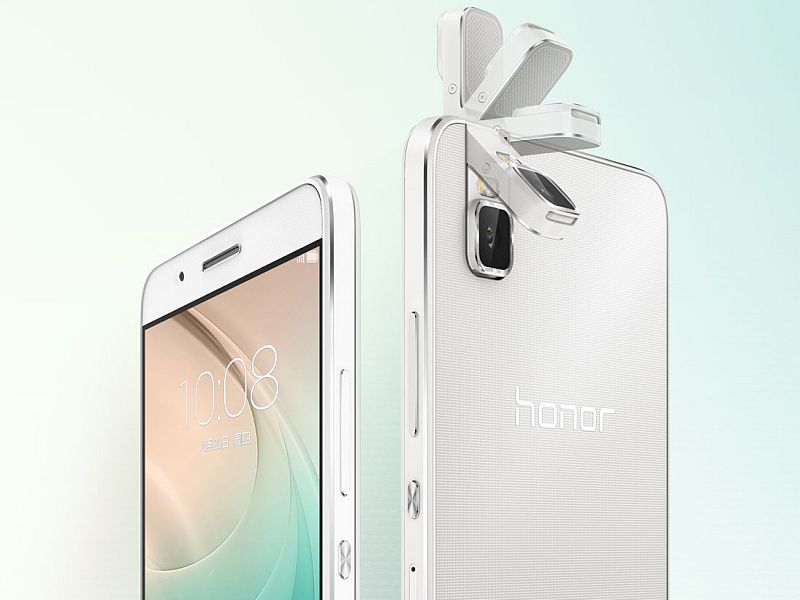 Furthermore, Honor 7i has another special selling point you need to know. It is the fingerprint scanner built on one side of the phone, not on the back or in the home button as usual. That also makes Huawei Honor 7i the “industry’s first” phone sporting the “smallest fingerprint modules.” However, some people have pointed out that such a fingerprint scanner (FC) did exist before Honor 7i. And they were implying ZTE Nubia Z9 Exclusive version, whose FC is placed on its power button and volume rockers on one side of the handset.

To recap, we are quite interested in this new Huawei Honor device and can’t wait to test its flipping camera and fingerprint scanner on the phone’s side. Hope that Huawei Honor 7i will soon arrive here in Malaysia!