For those who love the powerful beauty of Huawei – Mate S, check out its successor Mate S2 right now or you’re gonna regret… 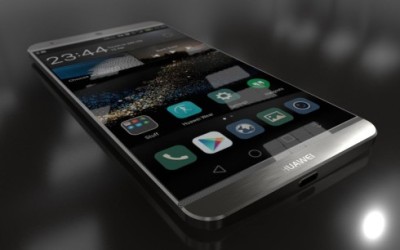 Huawei Mate S launch happened in September 2015 and then receive much positive feedback from consumers. Therefore, obviously a Huawei Mate S2 is a great idea for Huawei in 2016 and the one you are seeing is an extremely potential design. It was made by Hasan Kaymak and perhaps somewhat inspired by HTC models. Looking closer, we notice a metallic rounded unibody, an USB Type-C port, and super slim bezels around the display.

Spec-wise, it is very likely that Huawei will equip their second Mate S with a Quad HD resolution instead of the original’s Full HD. This will completely become a plus for the S2 and help it compete better with other machines. In addition, probably awesome specifications such as Android 6.0 Marshmallow OS, a 20MP rear shooter, 4GB of RAM, and a massive battery capable of 4,000mAh will be on board as well.

On the other hand, some features like Kirin 935 chip paired with Mali-T628 MP4 GPU, 32/64/128GB of internal storage (expandable up to 128GB), 5.5-inch AMOLED screen, Force Touch tech, 8MP selfie camera and dual SIM are totally fine to be retained in the new device. Well, if so, Huawei Mate S2 will be one of the coolest products Huawei has ever made.

Despite no official words from the manufacturer made for Huawei Mate S2 launch, we really hope that they will take the Hasan Kaymak’s Huawei Mate S2 design into consideration since it is so elegant and special. In terms of cost, we predict that $700 can be the possible price tag. What would you say?