Huawei Honor X3 is coming with good specifications leaked on TENAA. It totally can become one of the best devices on the shelves in 2016… 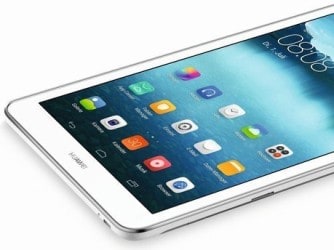 Huawei Honor X3 to own a big 4,320mAh battery and a super cool fingerprint scanner…

Back in January, it was once said that Huawei Honor X3 would debut soon. However, it did not show up until now. Specifically, Huawei Honor X3 has just been spotted on TENAA lately with an almost full design and some detailed information related to its hardware. Looking at he pictures, we can see that the Honor X3 is pretty slim and elegant in white. Its bezels are also surprisingly thin.

Spec-wise, according to TENAA, Huawei Honor X3 will sport a large 7.0-inch display with 1920×1200 pixels, a Qualcomm Snapdragon 615 chipset, 2 GB of RAM paired with 16 GB of internal storage. As for photography, the X3’s main camera is capable of 13 megapixels and the selfie one is 5 megapixels. They are pretty standard but still good enough to bring you great shots.

One interesting point is that Huawei Honor X3 specs also contain a fingerprint scanner placed on the machine’s border, right below the power button. This is such a new placement for the FS and we bet it’s gonna be seen more often in 2016, especially on Huawei products. Last but not least, we cannot forget the Honor X3’s huge 4,320 mAh battery to run out the specs.

Though no words have been made for Huawei Honor X3 launch date and price, we guess that day is not very far from now since it has already visited TENAA. The tablet can cost around $380. Let’s wait and see! Now, tell us what you think about this model! Share with us by commenting in the following box!