Xiaomi Redmi 3 will be revived with a new premium feature: fingerprint scanner. Check out how it looks and whether the phone has other enhanced specifications! 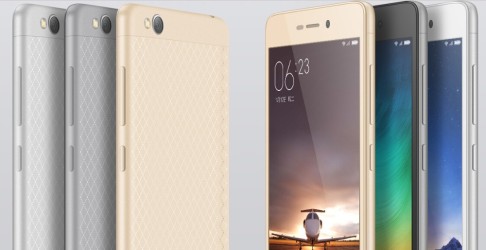 New variant of Xiaomi Redmi 3: Besides the FS, what’s else to anticipate?

Do you remember Xiaomi Redmi 3 with a huge 4,100mAh battery and other good specifications? Though, it does not boast a fingerprint scanner which is considered as one of premium features a smartphone should have. Well, now you do not have to feel pity for it anymore because Xiaomi is going to release a more advanced Xiaomi Redmi 3 in the near future. Nonetheless, its official name has not been unveiled yet.

Not long ago, the machine was spotted on the Chinese certification site TENAA and unlike the original model, the upcoming Redmi 3 will own a fingerprint scanner placed on the back. Moreover, accordingly to what TENAA showed, the new Xiaomi Redmi 3 specs will contain a 5.0-inch HD display, a 1.5GHz octa-core processor, 2GB of RAM and 16GB of internal storage.

Those are not very different from what we know of the first Redmi 3. However, its battery a much smaller, capable of just 3,000mAh. What has happened to our favorite 4,100mAh cell, Xiaomi? Only at this point, we hope that there was something wrong and the final handset will surprise us. Do you agree?

Our source suggest that the device is likely to debut this month and cost 799 Yuan or around $122, higher than the original Xiaomi Redmi 3 price which is 699 Yuan or $106. 100 Yuan more for a fingerprint sensor and a less strong batt? Do you think it is reasonable? Share with us.