Samsung is one of the biggest and most famous smartphone manufacturers on the planet. We wanted to see their features and capabilities in action, and try to find the best ones. Here’s our pick of the best Samsung Galaxy smartphones that you can buy.

From the Samsung Galaxy S series, on the first place of our list we have Galaxy S8. With the Galaxy S8, Samsung has revealed the next generation of smartphone design. For this flagship model was used WQHD+ resolution, which amounts to a whopping 2960 x 1440 pixels, which brings the density of superb (570 ppi) on Super AMOLED 5.8-inch screen (users will also have access to HD, FHD+ and WQHD+ resolution). 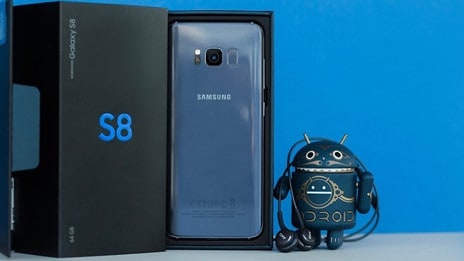 On the list of the best from Samsung we have to mention the larger model Galaxy S8+. The Galaxy S8 and Galaxy S8+ are mostly identical smartphones. The primary differences are battery capacity, dimensions, and screen size of the Infinity Display. It’s 6.2-inch display with the same resolution and display technology, which is a dual-edge curved display with an 18.5:9 aspect ratio. The Exynos 8895 SoC on the Galaxy S8+ is coupled with 4GB of RAM, also comes with 64GB of internal storage (extendable up to 26GB), and support wireless charging as well as fast charging. The cameras are the same, (12MP + 8MP f/1.7). Galaxy S8+ pack Li-Ion 3500 mAH battery and comes with a price tag of $980. 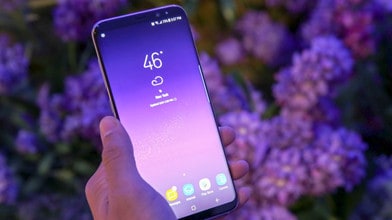 The third is Samsung Galaxy S7 edge. Samsung’s Super AMOLED screen of 5.5 inches and Quad HD resolution (1440 x 2560) with 534 ppi which provides exceptional sharpness. Water resistant (IP68 certified) Galaxy S7 edge under the hood features a new octa core Exynos 8890 with clock rate 2.3GHz while for the other markets is powered by Snapdragon 820 from Qualcomm. There is 4GB of RAM and (32/64/128GB) of internal memory (expandable up to 256GB). Samsung has a Li-Ion battery with a capacity of 3600 mAH, which supports Quick Charge 2.0. Main camera is 12MP, with aperture of f/1.7, while the frontal is 5MP. Price for Galaxy S7 edge is about $600. 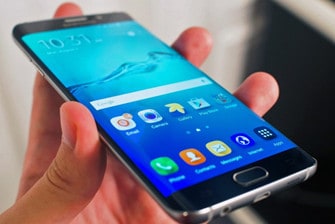 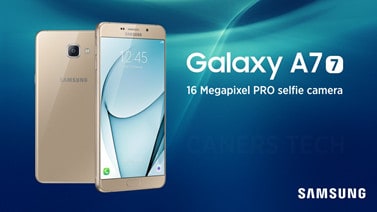 Samsung Galaxy C7 Pro is on this list as well, and this device carries the mark SM-C7010. C7 Pro is supplied with Snapdragon 625 SoC which is equipped with octa-core processor running at 2.21 GHz with 4GB of RAM and the space of 64GB expandable to 256GB. Galaxy C7 Pro runs on Android 6.0.1 Marshmallow platform. The phone comes with a 5.7-inch Full HD screen with resolution of 1080 x 1920 pixels with density of (386 ppi). The primary camera has 16MP, the aperture of f/1.9 and the front one carries the same characteristics. Users can choose between gold, blue and pink. C7 pro comes with non-removable Li-Ion 3300 mAH battery. The retail price for Samsung Galaxy C7 Pro is $450. 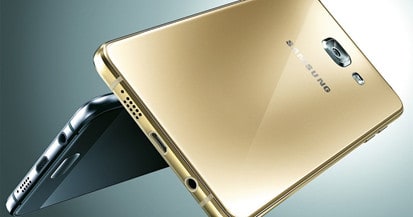 Continuing our list, we have Samsung Galaxy C9 Pro. Released at the end of last year, Samsung appeared with powerful specification and even better front facing camera. Galaxy C9 Pro comes in a metal case with a Qualcomm Snapdragon 653 chipset, Full HD screen of 6-inches and up to 6GB of RAM. Internal storage is 64GB and is expandable with micro SD cards up to 256GB. On the software side C9 Pro runs on Android 6.0 Marshmallow. Supplying of the device is a 4000 mAH battery. The main camera has a 16MP f/1.9 aperature with dual LED flash and dual tone improved autofocus system. For selfies there is the same strong selfie 16MP camera on the front. C9 Pro comes with the price of $670. 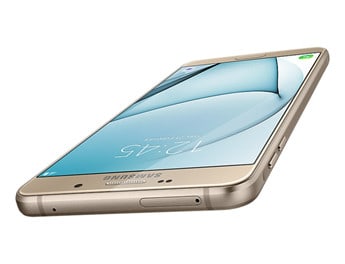 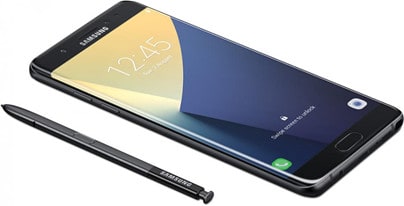 Finally, for the end of the list we have Samsung Galaxy S7 active.The Galaxy S7 active has extra long battery life and is resistant to dust, water and drops (IP68 certified). S7 active comes with QHD Super AMOLED 5.1-inch display with a resolution 1440 x 2560 pixels with a fantastic (576 ppi). Under the original design comes Qualcomm Snapdragon 820 processor with 4GB of RAM and Adreno 530 GPU. Internal memory is 32GB which is expandable up to 256GB. The Galaxy S7 active is running on Android 6.0.1 Marshmallow with Samsung’s TouchWiz interface on top. The cameras are the same as the regular Galaxy S7, the main 12MP and 5MP front. Comes with powerful Li-Ion 4000 mAh battery, and a price tag of just over $770.

Alright, those are top 10 best Samsung smartphones that we would like to introduce to you today. At the moment this is the best that Samsung offers on the market. What do you thin about them? Share with us.