Xiaomi Success: Here are the 5 REASONS why Xiaomi can be so successful!

Whenever we mention Chinese smartphones, what we think of in the first seconds is Xiaomi. Moreover, it is now the world’s 4th largest smartphone maker and loved by a lot of people. So, how can this just-5-year-old company (founded in April, 2010) be so successful like that? Let’s check out the following reasons and you may even odd one(s) out or add more at the end of the post 😉 ! 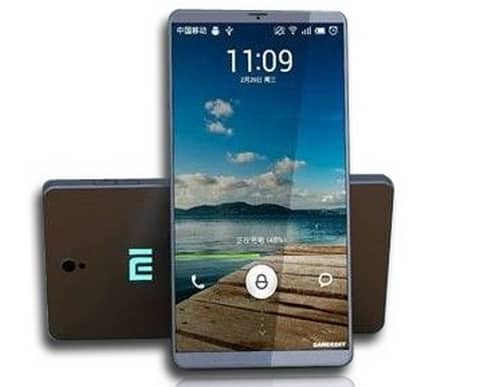 “XiaoMi has also managed to harness the power of social media by not only broadcasting their messages and announcements but by actively engaging with their customers. Engineers are routinely encouraged to speak directly to consumers and use gathered feedback to refine software.”

That’s true! Apple iPhone prices cannot be “compared” with Xiaomi smartphones. We can easily see most Xiaomi products in general and phones in particular are have pretty affordable price tags. Also, they sells online for most of the time. As a result, the costs of sales, overheads as well as other things related to distributors or retailers are reduced significantly.

However, we should remember that selling phones at the prices near their actual ones cannot last forever, and Xiaomi has also realized that. In fact, Xiaomi was inspired by the Amazon’s model which is only covering the cost of the devices but making money from selling the content. Therefore, at the moment, we can purchase many Xiaomi handsets without worrying too much about the payment since they are very budget-friendly.

2. Specifications – Not cheap at all in the inside!

Well, Xiaomi phones may be cheap, at least much cheaper than Apple’s or Samsung’s machines, but they are not “cheap” at all in terms of specifications. Xiaomi seems to be quite ambitious when wanting to compete with others not only on price but also on specs. However, somehow they made it. Their smartphones usually have high quality screens and reasonable batteries. Besides, the company has developed their own OS called MIUI based on Android, then the products can sport both new interesting features found on an Android machine and special ones made for Xiaomi devices only.

In the end, Xiaomi’s key strategy is to produce good quality handsets at a lower price range, which has been helping them to stay firmly on the mobile map so far.

Of course once a firm is getting bigger and bigger in terms of size and reputation, they would want to expand the business globally. Xiaomi is not an exception. They have opened some online stores in some Asian countries as well as in other continents such as Europe and America. Though, the manufacturers is said to still keep focused on Chinese market with 97% of the local shipments. Furthermore, Xiaomi is not likely to rush into markets where Apple and Samsung are the dominant.

4. Promotion – They solved this question quite successfully!

So, this is kind of an important decisive point in most companies’ success. Nonetheless, Xiaomi started with flash style sales with very little or no advertising. A lot of units were sold quickly and discussed on most over China’s vibrant social media. Then, people talked to each other and it went on and on. Obviously, Xiaomi will not give up such an effective marketing channel.

On the other hand, Xiaomi knows how to get close to customers. Their engineers are encouraged to speak directly to consumers, gather and use the feedback to improve the software. Maybe that is also the reason why Xiaomi has many dedicated fans nowadays.

5. Design – Developing in their own way!

We cannot deny that Xiaomi design often reminds us of Apple at first. Nevertheless, as time passes by, the phones look more beautiful, premium and special in their own way. Xiaom is also planning for the birth of an all-alloy machine which is promising to mark a new successful chapter of Xiaomi as for the design. Let’s wait and see!

Xiaomi is a big name in the Chinese and international smartphone industry. Their new product usually draws much people’s attention thanks to its good price and specs. Despite still being young on the market, Xiaomi is able to be listed in consumers’ top options. Good job, Xiaomi! Hope that they will develop more in the future 🙂 !