The Xiaomi Mi Mix is one of the most successful phones which has been launched in 2016. According to rumors, the Chinese phone maker is going to release a light version of it: the Xiaomi Mi Mix Lite! Let’s have a look at it… 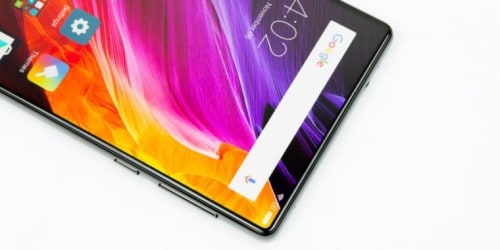 Xiaomi knows how to attract peoples attention! Each phone of the Chinese electronics giant is a incredible masterpiece, especially the Xiaomi Mi Mix which really impressed smartphones users. This device had just been announced at the end of last year and Xiaomi Mi Mix specs are absolutely impressive.

Speaking of Xiaomi’s Mi Mix, it comes with a large 6.4-inch 2K display on which you can enjoy watching videos and playing games. It is powered by a Quad-core Qualcomm MSM8996 Snapdragon 821 mobile processor and runs on Android Marshmallow. For photography, it sports a 16MP main camera along with a 5MP front shooter. Finally, this device is fueled by a 4,400mAh battery and comes in 2 versions: 4GB RAM, 128GB ROM and 6GB RAM, 256GB ROM. 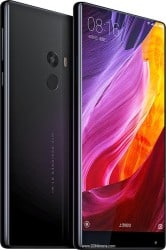 Now, gossips claim that Xiaomi is currently working on a little sister of the successfull Mi Mix – the Xiaomi Mi Mix Lite. In addition, the new Mi Mix Lite will also sport a high scree-to-body ratio like its bigger sister Mi Mix and could be powered by Xiaomi’s in-house Surge S1 SoC. Sadly, we cannot tell you anything about further specs yet. However, we are really excited about that!

Unfortunately, we don’t have any information about the availability of this upcoming mobile phone. But it is priced at 999 Yuan ($145). Definitely, an reasonable price for such a nice phone! So, let’s wait and see when Xiaomi will deliver this device. Follow our fan page to get more information about mobile devices