Why 16GB ROM phones are disappearing in the market?

Have you ever wondered why 16GB ROM phones are becoming less and less popular in the market? Here are the reasons! Take a look at this article for better understanding!

The first reason is that 16GB ROM phones don’t offer enough space for the OS and applications. Let’s get back to the time when smartphones were new to people. At that time, 16GB ROM is a huge amount of space because the OSs back then were very simple and less space-consuming. But now, Android, iOs and Windows are all very strong in the performance and diverse in functions, hence take up huge storage in the ROM. Apps nowadays are also very heavy because they have lots of features. Mostly the OS and the apps occupy 3/4 of the internal memory.

The second reason is that the multimedia demand is very high these days. People take lots of photos, record many videos. They even download lossless tracks and full HD movies to their phones. 16GB ROM phones without memory card slot in that case will be very disadvantageous! Even if those phones go with microSD card, there is still one drawback: users have to copy the files from the ROM to the microSD card. 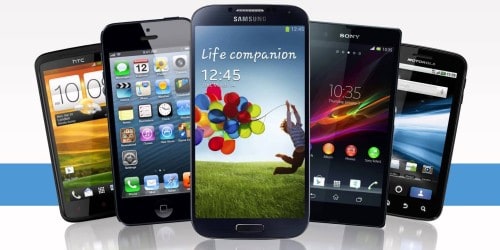 The third reason is that currently, smartphone brands tend to eliminate the microSD card slot in order to make their phones look slimmer. But to do that, these phones have to support great amount of internal memory. As a result, 16GB ROM phones are no longer top options of OEMs.

16GB ROM phones: get lost in the competition

Last but not least, 16GB ROM phones cannot stand out in the market! OEMs are rising dramatically. We can count up to 30 smartphone brands in the industry. These brands are competing really hard with each other. Every brand wants their phones to be better than the counterparts. There are even phones with 256GB ROM!  That’s why are 16GB ROM phones are produced less and less. And in the near future, there’s a great chance such phones will no longer exist in the market.