Xiaomi is a big smartphone manufacturer in China and this year, it has many products that attract much people’s attention. As a result, we would like to look back and list down what Xiaomi smartphones have been able to impress us as well as a lot of consumers most.

This seems most people’s favorite budget smartphone from the manufacturer Xiaomi. As we know, a few days ago, Xiaomi Malaysia held an event to for Xiaomi Redmi Note 2 launch here and revealed Xiaomi Redmi Note 2 price in Malaysia as well. It costs you only RM649 and definitely fits perfectly our popular sub RM 750 price group. So, with that amount of money, what do we have?

Before Mi4c, we have Xiaomi Mi4i which is also an affordable smartphone and the specs are good enough, but it has received many complaints about overheating issue. So, maybe because of that, the company decided to release Xiaomi Mi4c with better specifications yet the price did not really change. Accordingly, 2GB RAM + 16GB ROM version costs 1,299 Yuan (about RM893) and 3GB RAM + 32GB ROM ver costs a bit more, 1,499 Yuan (~RM1,030).

3. Xiaomi Mi Note Pro with the most powerful 4GB RAM

We cannot deny that Xiaomi Mi Note Pro is the beast among Xiaomi products. It comes with the best hardware currently including a 5.7-inch QHD display with 515 PPI and an octa-core 64-bit Qualcomm Snapdragon 810 SoC chip. Moreover, it owns the powerful 4GB RAM, 64GB of storage, a 3090mAh battery with Qualcomm Quick Charge 2.0, and a pair of 13MP camera (Sony IMX214 sensor) with OIS, and 4MP front-facing one with 2-micron pixels.

Specially, Xiaomi Mi Note Pro Price is also not a problem for those who want to purchase it. 2,999 Yuan (~RM2,060) and you will be the owner of this beast.

4. Xiaomi Mi5 to come with the newest chip Snapdragon 820

Last but not least, we would like to talk about the coming flagship Xiaomi Mi5. The phone is said to be introduced when the chip it is going to use – Snapdragon 820, has already debuted. And SD820 did it, so we hope the Xiaomi Mi5 release date will be officially announced in the next weeks.

Xiaomi Mi5 specs are anticipated to be a 5.3-inch Quad HD display, 4GB RAM paired with 16GB or 64GB of internal storage. Its camera combo consists of a 16MP shooter with LED flash and OIS support. In addition, a 3,030mAh battery and a fingerprint sensor will also be on-board. 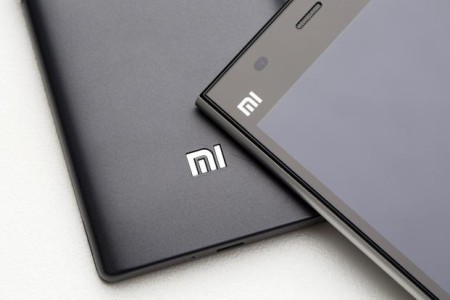 Well, those are the 4 Xiaomi smartphones that we think are the most impressive in 2015. Do you agree with the list or do you have any other ideas to make it better? Share with us!