While we have seen many leaks and renders of an potential Samsung Galaxy S6, the real Galaxy S6 remained mysterious till now.We have already seen the Beast Antutu Score of 60.000 Points but just now we have finally some pictures for you that seem to show the real Samsung Galaxy S6 on Hands on Pictures. 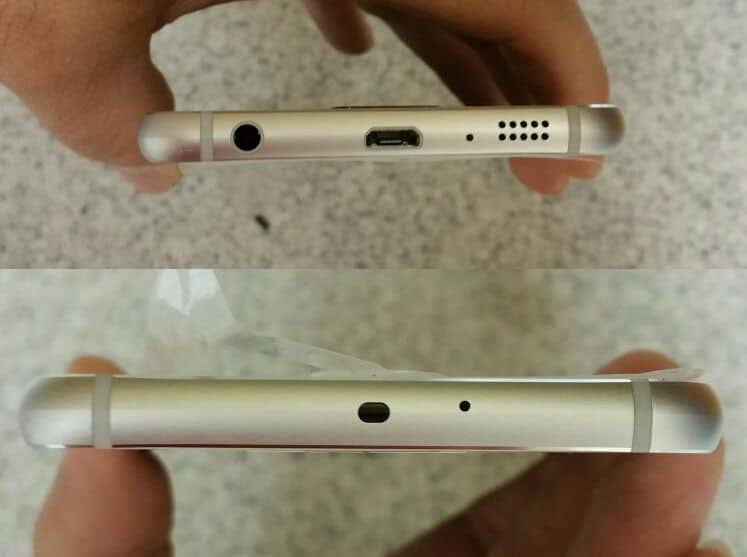 The S6 pictures were first posted in the XDA devs forum and seem to be show a prototype or test model of the S6 We can clearly see the brushed metal sides of the device, similiar to earlier leaks. The Samsung Logo on the front under the earpiece is covered. The User who first posted the pictures said the new S6 “seems” to get “glass back and front.” 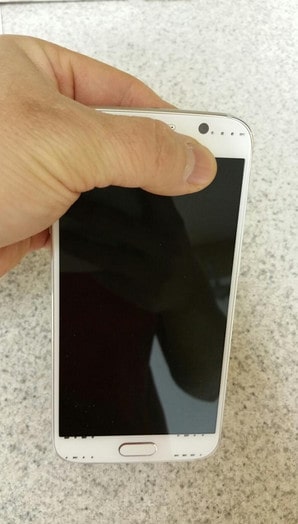 Also confirmed by earlier information the S6 seems to have a large protruding main camera on the rear, next to an LED flash and a hear rate sensor. On the front you get an huge front camera, which makes us think the S6 will probably get the same 5MP Front Shooter as the Galaxy Note 4. It seems this Galaxy S6 is missing an SD Card slot though.

The Samsung Galaxy S6 release date will be on this Sunday at the MWC 2015 in Barcelona. At the same time Samsung is expected to launch the Galaxy S6 Edge. Both phones will be released around the world and in most markets.

What do you think about pictures? Do you think this is the final design of the S6?