The leaked information about the Samsung Galaxy J7 Edge specs is on the Internet now. On the first look, the design has a lot regarding similarities with the Galaxy S7. Specifications are also desirable. 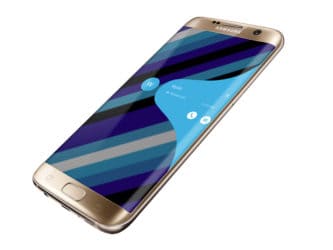 Right off the bat, the Galaxy J7 Edge features a curved edge with three distinctive navigational buttons. This combination brings a sense of efficiency and minimalism. On the rear, there is a single 16MP Camera with LED Flash sit directly underneath. The front camera sports 13Mp and also comes with LED Flash for a better selfie experience. Design-wise, Despite having a simple look, the Galaxy J7 Edge shows its sophistication upon closer inspection.

On the other hand, The Samsung Galaxy J7 Edge specs are looking very impressive. The device has a 5.7-inch Full HD Display for the best graphical experience. In term of memory, the leak has also revealed that the phone will have the 4GB RAM and 64GB internal storage combo. This memory combo will operate under the T6757 Helio P20 chipset. The Samsung Galaxy J7 Edge battery holds 3950 mAh. We speculate that on an endurance test the device will last for about 72 hours. 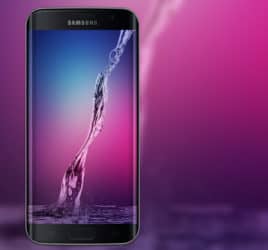 The leak has also shown that Android Nougat 7.1 is going to be the operating system for the Galaxy J7 Edge. As of right now, no information about price is available, but we estimate that it will be around $350 or RM. 1500. Since this is a very early leak, there is yet to be any information about a release date. However, we believe that the device will have a release date set for early 2018.

Samsung Galaxy J7 Edge specs: there is more to come

All in all, the Samsung Galaxy J7 Edge is looks elegant with its minimalistic yet sophisticated design. The device also has some pretty good spec. If the price turned out as we expected, this phone is a big bang for your buck.