Not long after the success of the R5, Oppo has decided to be working on its new Oppo R7. Previous rumors said this is the Oppo R7f, which was certificated by an Indonesian Telecom Certification Authority.

Some Oppo R7 Specs have been released at that time and the only thing missing is a picture of the mystery phone. Today, one image, tweeted on Twitter by @Cinquetacche, is suspected to be the new Oppo R7. Looking at the picture, we can see that the phone is completely bezel-less on the left and right side. Showing the phone on the front so that the thickness is kept secret but we can hope it is 4.85 mm matching its predecessor, the Oppo R5. 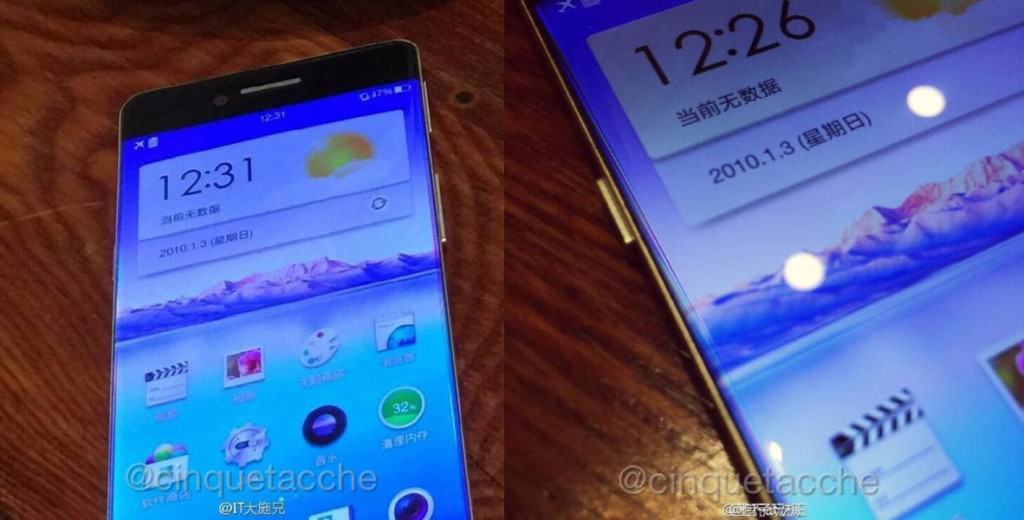 An octa-core MediaTek MT 6795 processor clockes at 2.2 GHz is said to power the phone. Compared to Qualcomm Snapdragon 810 and Exynos 720 on the Galaxy S6, this chipset shows no inferior although it is considered as a mid-range one.

Earlier R5 is based around a 5.2-inch, 1080p resolution AMOLED screen and is powered by a Qualcomm Snapdragon 615 processor backed up by 2 GB of RAM. So powerful the specs are that we can look up to the next R phone, probable the R7, from Oppo sporting even more superior specs.

The bezel-less design is definitely the brightest point but others are worth noticing too. Given the high-end chipset, the phone is suspected to come with at least 1080p display, 2GB RAM, 20.7MP rear camera and huge memory space.

Not a single clue is yet revealed when and how much the device will officially come out. Should the Oppo R7 be identical with rumors, it will make another bang in smartphone realm.