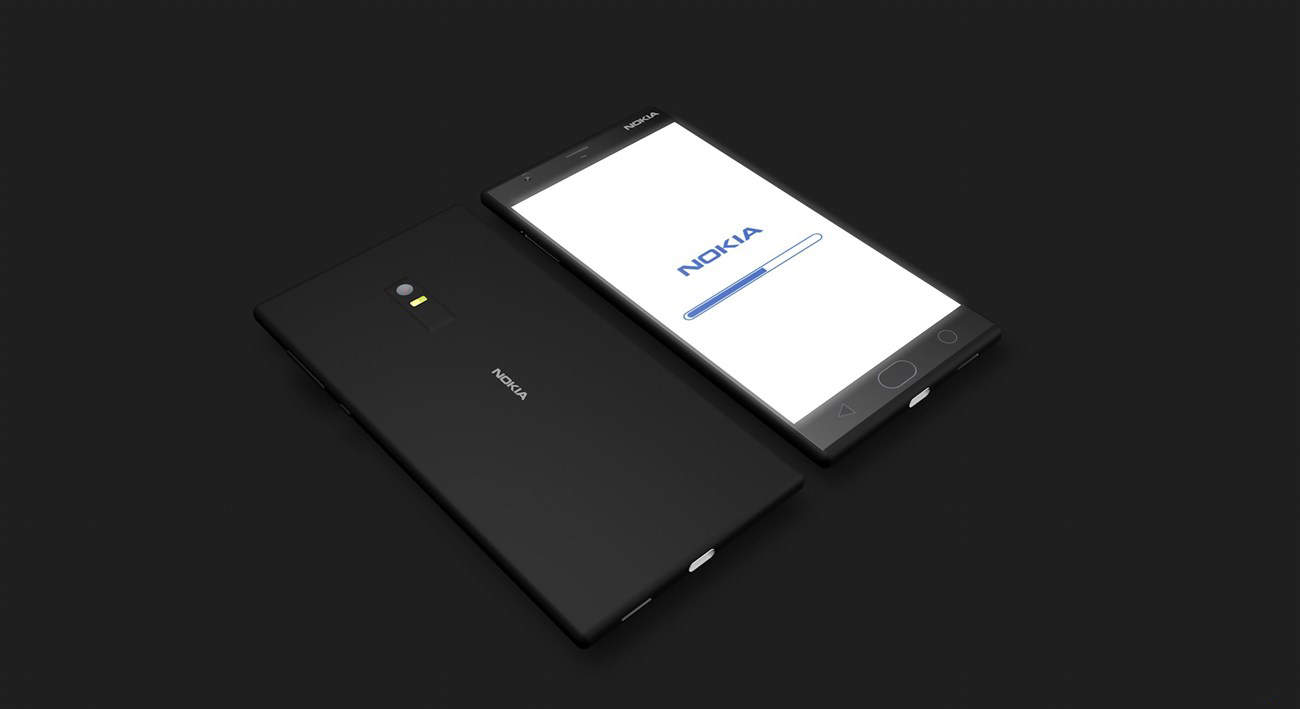 Recently, Nokia has officially announce their coming back with 2 up-coming Android smartphones under the name Nokia D1C and Nokia C1. HMD Global is the Finnish company that got the license to exploit Nokia brand. 2 days ago, HMD Global claimed that they have come up with a contract with Mother, an UK advertising agency to prepared for Nokia comeback. Nokia fans now have the next news to feel hopeful since a new design of Nokia 2017 phones was leaked.

As you can see below, the back rear of Nokia 2017 is made of metal with flat edges. These are expected to be the real pictures of the upcoming Nokia smartphones and it will have two versions, the low-end version with plastic material and the metal premium one. There are also three color choices: black, white and gold. With a very simple name, the Nokia 2017 looks quite modern with narrow edges.

The back of this smartphone is pretty neat with the 18MP primary camera and dual flash. While the front panel includes the 8MP selfie camera, the navigation buttons on the external touch screen and the integrated fingerprint in Home button. In addition, the machine is also equipped with a USB Type-C at the bottom edge and 3.5 mm headphone jack on the top edge. As for the configuration, Nokia 2017 features a 5.5-inch Super AMOLED Quad HD screen. Besides, it boasts 4 GB RAM and 128 GB ROM and runs on Android 7.0 Nougat operating system.

This is another evidence for Nokia’s return

We have had a lot of official announcement of Nokia about its return, this stunning phone with powerful specs and well-design is a reconfirmation of Nokia and all Nokia fans have the right to see the model Nokia 2017 in MWC 2017 in Barcelona. If you are looking forward to owning such a great phone, stay tuned and keep updating more leaked information!