On May 26th, Xiaomi has launched the first-ever drone named Mi Drone. The new Xiaomi Drone has powerful specs that can record video up to 4K resolution and its price is a nice surprise! 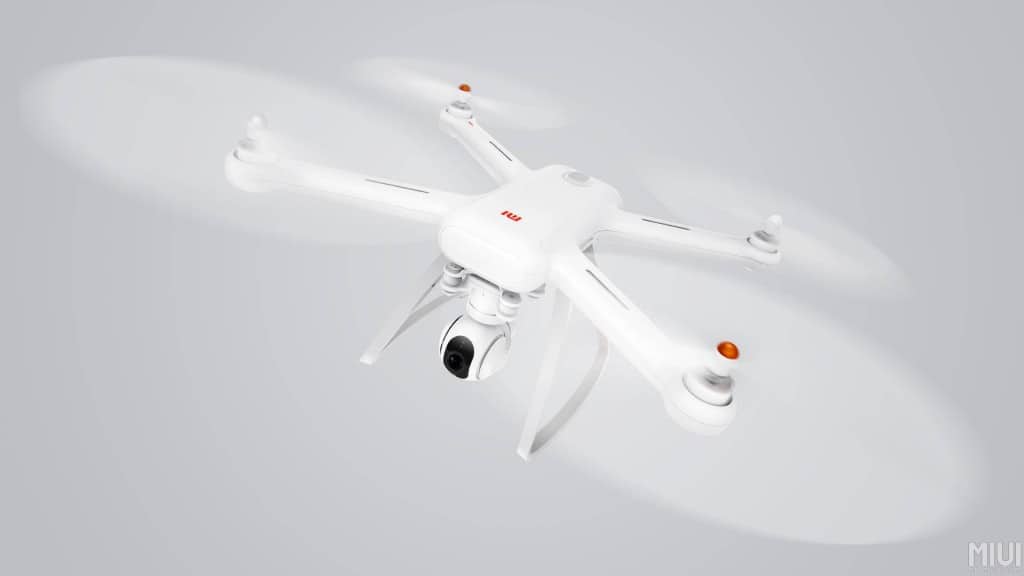 Not too long ago, Xiaomi teased the drone prototype and it was leaked via some images. Well, recently, they have launched some of the new mobile devices including a Drone device named Mi Drone. As we know, Mi Drone is also the first-ever drone from this Chinese giant. The new Xiaomi Drone is expected to make a hit in the drone market thanks to its competitive specs and price tags. The Mi Drone comes in two versions: The first version can record 1080p resolution videos and is offered at an affordable price.

Besides the 1080p model, there is a slightly more expensive version, which is better than its sibling thanks to the ability to record 4K video. In terms of Mi Drone specs, it comes with a 5.100mAh battery which can work up to 27 minutes while it is flying. Both of the two Mi Drone variants are equipped with high-quality three-axis gimbal which can balance up to 2000 vibrations per second. More than that, the Xiaomi Drone is a swappable device which can swap its camera and rotors as well. Especially, Mi Drone can take off, land, and return automatically.

Moreover, the Mi Drone has some useful features. For examples, the Mi Drone can come back to its owner when it is low power or if it gets an accident. The Chinese company said that the Mi Drone has a “real-time location tracking” that could help it in moving and landing.

The Xiaomi are famous for its affordable and excellent devices and Xiaomi Drone is one of them. From the recent announcement, the Xiaomi Drone price is $380 for the 1080p version. That is a suitable number for those who are looking for the first drone. The 4K version has a slightly more expensive price at $457.  The 1080p is available on 26th May in Malaysia while the 4K variant will be on sale in late July.