The most current famous smartphone from Meizu can be Meizu M2 Note since it’s the first phone to be launched in June. Moreover, many people are attracted due to Meizu M2 Note price, which is less than the previous generation. You just need 799 Yuan (RM475) to own a M2 Note 16GB version. Mr. Bai Yongxiang used the phrase “holding Blue Charm Note 2 feels like the palm of your hand stretching out speed 60 yards out of the window.” So whether this new model can bring us more surprises? Let’s have a look at the following hands-on pictures when a M2 Note is unboxed.

Besides, there are built-in 2GB RAM and 2 choices of internal storage: 16GB and 32GB, running on Android 5.1 Lollipop with Flyme 4.5 operating system.

As for camera, it includes a 5MP front-facing snapper and a 13MP rear one. And as we mentioned before, M2 Note does not sport a fingerprint scanner on the back.

This handset is powered by a 3,100mAh battery and there is a microSD card slot for you to expand the storage, which means you don’t have to worry about the limited space for your favorite images, music, videos and so on.

And now, we would like to show you some pics of the 2 Notes sitting next to each other. Hope these can inform you of a better view of the differences (at least in aspect of design) between Meizu M1 Note and Meizu M2 Note.

M1 Note and M2 Note are in the boxes.

The boxes are opened! 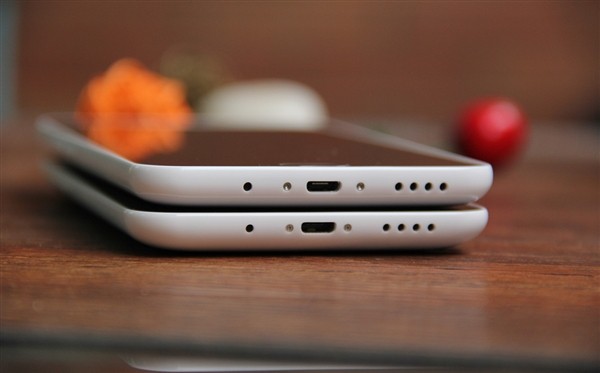 M2’s body length and width are almost unchanged, and the cover material also remains. The only difference here is the reduction in thickness. M2 is 0.2mm slimmer than M1 Note.

If not using a new “round the waist” home button, people are hard to distinguish the two generations in appearance.

In addition, the power button on the top side is moved to one side for a “better use of the large-screen phone”. 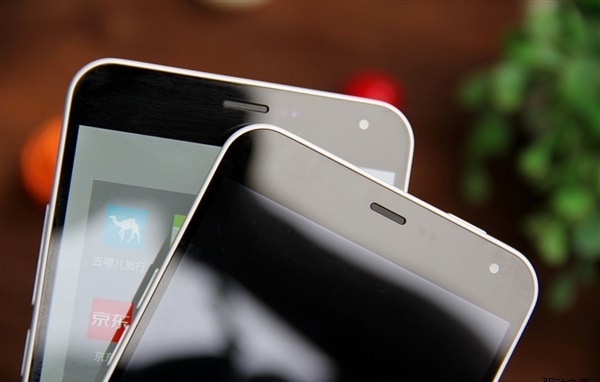 Well, so that’s all we’ve got so far to show you the truest pictures of Meizu M2 Note! If you have already got one for your own, share with us on Facebook!