LeEco (or LeTV) is going to release a “superphone” called Le 2 Pro this month, promising to blow everyone away and threaten other flagships… 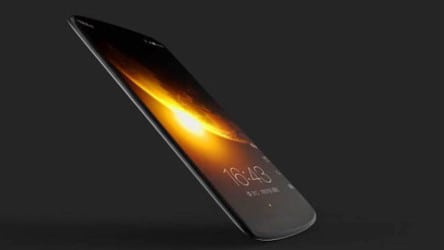 LeEco Le 2 Pro got 141K Antutu points because it has…

Back in January, the company used to announce Le Max Pro smartphone to be the world’s first Snapdragon 820-powered handset in January. Now, they are about to introduce another powerful model called Le 2 Pro and coded as Le X820. Obviously, we recognize it is the successor to Le 1 Pro (X800), launched last year and even much stronger and more beautiful thanks to its dual curved screen design.

Spec-wise, it is said to run by a MediaTek Helio X20 deca-core chip, a 5.5-inch Quad HD screen, 4GB of RAM and 32GB of internal storage (though, we do not know if the machine will feature a microSD card or not). Besides, the cameras are also mentioned. The main one will be capable of 23 megapixels while the selfie snapper is still unknown. In addition, LeEco Le 2 Pro specs will contain a fingerprint scanner and fast charging tech, which makes us believe that the device’s battery is gonna be huge. 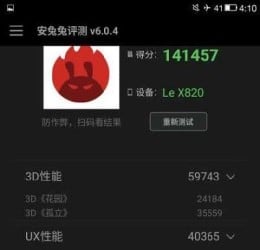 Although the full view of Le 2 Pro’s hardware has not been revealed yet, we were able to spot its Antutu score not long ago – 141,457 points, higher than 130K Antutu points of the Le Max Pro (X910). Well, no doubt LeEco Le 2 Pro will become the strongest smartphone in the house.

According to our source, LeEco will hold an event on February 22, 2016, the first day of MWC 2016 and hopefully LeEco Le 2 Pro launch will also happen there. As for LeEco Le 2 Pro price, there is no word made for that at the moment, but some suggest that $230 can be a good tag. What do you think?