iPhone 7 launch will be on 7th September?

It looks like iPhone 7 launch (or iPhone SE launch) is closer than ever! There is going to be a big event of Apple on 7th September. This event is speculated to be the announcement day of Apple’s new devices. Let’s take a look!

iPhone 7 launch: Only a week from now on!

Apple has just delivered the invitations for their upcoming event. In the invitation, Apple only says “See you on the 7th”, which makes people even more curious about what will happen on that day. And as reported, this event will be the iPhone 7 launch (or whatever its name is). And it’s not clueless to say so, during the past four years, Apple has always chosen September to announce their new iPhone.

Before that day comes, let’s have a round-up on the leaks and rumours about the upcoming iPhone. 2016’s iPhone is reported to have minor differences from the iPhone 6. To be more specific, there will be a 4.7-inch iPhone 7 and a 5.5-inch iPhone 7 Plus. The battery of both phones is expected to increase so as to fulfill the user’s demand. Besides, the iPhone 7 Plus is hinted to have bigger RAM: 3GB and both phone will run A10 chipset. 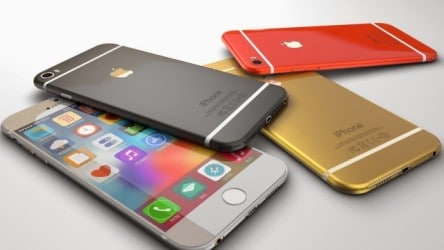 Moreover, the upcoming iPhone may come with fewer antenna lines and no headphone jack. It’s also said that the new handset will be more waterproof and have a dual-camera setup. The elimination of 16GB ROM version is also mentioned in the rumours.

iPhone 7 launch: not only the new iPhone!

Besides iPhone 7 launch, this event is also expected to be the next Apple Watch announcement day. The latest Watch from Apple had been announced two years ago and then, it was released 6 months later. After such a long period of time, it looks like that Apple is now ready for the new Watch. According to earlier reports, this Watch will have the same design but will come with better GPS, faster internal and a camera. Is it great? For more information about this event, make sure to follow our posts!