There are still days left before the offcial Huawei P9 launch. Though, details about it and other variants have been seen on the internet. Check out what they are really about! 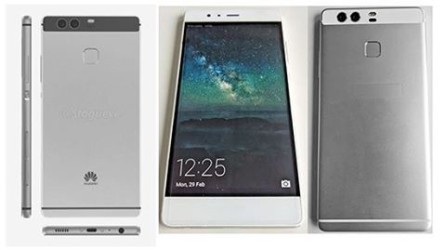 Lately, Oppomart has published almost all details of the upcoming Huawei P9 and its siblings P9 Max and P9 Lite. First of all, the P9 will be made of metal and equipped with a 5.2-inch Full HD screen, a Kirin 950 chip, 32GB ROM, 3GB RAM, and special display RAM allowing static content on the screen to be rendered but with very little power. About photography, just like what we heard before, there will surely be a 12MP dual rear camera supporting Optical Image Stabilization plus Laser focus and a 5MP front-facing shooter. Under the hood, a 3,000mAh battery, a dual SIM, global LTE network, and Android 6.0 Marshmallow with EMUI on top will also help run the whole machine.

As for Huawei P9 Max specs, it definitely will be bigger than the original P9. Specifically, its screen will measure 6.2 inches with Quad HD resolution. Besides, the handset will be powered by a Kirin 955 chipset, 4GB RAM, 64GB ROM, Android 6.0 Marshmallow OS, and a 3,000mAh cell. For the camera, the 12MP dual snapper setup with OIS and Laser focus will be still remained, but the selfie one will be better with up to 8 megapixels.

Last but not least, it is Huawei P9 Lite, a smaller version of the P9. Huawei P9 Lite specs are about to boast a 5.0-inch Full HD screen, a set of 12MP dual cam with OIS plus 5MP secondary one, a Snapdragon 650 processor, 2GB RAM paired with 16GB ROM. Other than them, the Lite’s also got a dual SIM, LTE connectivity, and a 2,500mAh batt. Well, this is like a lower-end version of the Huawei P9, so we’re pretty sure it will be much more affordable.

Thanks to the source, now we not only know of their features but also prices. Accordingly, Huawei P9 price will be $500, Huawei P9 Max price $700 and Huawei P9 Lite price $300. However, please keep in mind that those have not been the final ones yet. Let’s wait until next month to get the manufacturer’s confirmation.