Huawei P10 Lite has been spotted on Geekbench. Let’s take a look and see what this device has to offer! 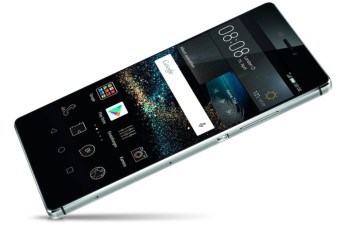 Huawei P10 Lite just appeared out of nowhere on Geekbench. The phone is the downgraded version of the flagship Huawei P10. The device is listed as Huawei WAS-LX1A and was spotted on January 29. While most of Huawei P10 Lite specs like display and cameras remain unknown, we know for sure that it will run on Android 7.0 when released.

Surprisingly, another Huawei phone with model number WAS-AL00 was certified at TENAA in early 2017. This model has almost the same specs as Huawei P10 Lite: a Kirin 655 chipset with 1.7GHz octa-core processor and 4GB RAM. The only difference is internal storage space. While the model WAS-AL00 has 64GB ROM, there is no information about Huawei P10 Lite ROM.

For now, we can assume that these two models are the same device. The rest of Huawei P10 Lite specs are still a mystery, but we can be sure that the phone will have some common flagship features. These include a non-removable battery, fast battery charging technology, USB Type-C and expandable storage up to 256GB.

Huawei P10 Lite release date is not yet confirmed by the brand. However, the phone will surely be announced soon. The same can be said for Huawei P10 Lite price, but most people expected that it will be cheaper than other “Lite” version of many Android flagships from Samsung or Sony. So stay tuned if you want to find out more about this new device from Huawei. And let us know your opinion about this phone. Do you think it’s a wise choice for Huawei to release a Lite version of its flagship? And would you buy one if it’s available in your area?