The Moto Z2 Force smartphone is finally ready for launch. So Let’s see what this Android phone offer besides it 4GB RAM. 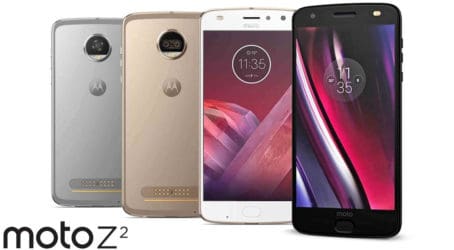 The Moto Z2 Force flagship is the best Moto phone that Lenovo is launching this year. Moto Z2 Force smartphone is an impressive device that comes with better features than the Moto Z. The new Moto Z2 Force specs come with a 5.5-inch AMOLED display with a resolution of 1440 x 2560. We expect the new Moto smartphone to run on Qualcomm latest chipset which is the SnD 835. The device has a 4GB RAM which is going to help the phone perform well.

The phone has a 64GB ROM which is expandable up to 256GB via micro SD. This next-Generation of Moto flagships pack a thin body and slim design. Moto Z2 smartphone battery power is still a mystery, but we hope Lenovo provides a 5000mAH battery for this Moto phone. For the Moto Z2 Force cameras, there is no real information yet. The first Moto Z Force cameras are 16 Megapixel primary and 5-megapixel selfies shooter. 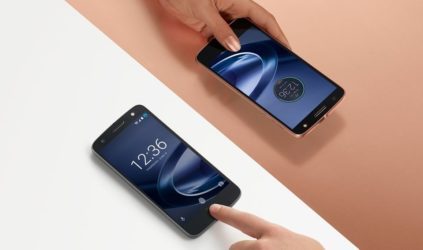 If we judge on this way, we can say that the Z2 Force cameras can be a Dual 16+8 MP primary shooter and 8 MP selfie sensor as the photo shows it. Besides, the Z2 Force is going to be the best phone of the Moto Z lineup. Moto Z2 comes with the fast charging feature for its battery. The phone can have a full battery with 1hr 50min of charge only.

The new Z2 Force release date may be next month. So we are expecting Lenovo to announce this new smartphone by the end of June. For the Moto Z2 Force price, we are sure about how much Lenovo is going to charge for the Z2 Play. However, we are looking forward to giving you more news as soon as the Z2 Force phone launches.