In this post, we would like to introduce some tips of how to choose a good gaming smartphone to you. Moreover, we have some extremely potential candidates for you, too. Now, check out the tips first! 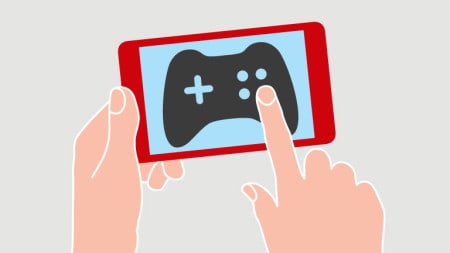 You should consider these things:

– Processor: This is very important because if your processor has low productivity, you cannot enjoy millions of games in Play Store comfortably. Qualcomm’s chips such as Snapdragon 800 series, Samsung’s Exynos 7420, Exynos 5433 and Exynos, and MediaTek MT6595, MT6752 and MT6732 would be perfect.

– RAM: It is okay to go with a 2GB RAM smartphone, yet if you can pay more, a 3GB or 4GB RAM will be greater. Combining with the chipset, big RAM will help run your handset real fast.

– Display: It is not the most essential factor but without it, you cannot enjoy the game 100%. In most cases, HD 720p (1280 x 720 pixel) resolution is the minimum level for a good gaming smartphone. More ideal ones would be Full HD 1080p or even higher resolutions such as 2K and 4K.

– Battery: This affects directly the time you can play games on your phone. You should choose a machine sporting a battery capable of more than 2,500mAh.

– ROM: Last but not least, a smartphone good at gaming needs at least 16 GB internally or the more the better.

So, those are just some tips. In fact, it is not very hard to find phones that meet the demands, yet there are some which do not have all the good things but are still worth considering due to its special features. After searching, we found the following devices. Check them out!

Thanks to their octa-core Exynos 7420 64-bit chips, 3GB RAM, 32/63/128GB ROM, 5.1-inch AMOLED Quad HD screens, they will completely give you fantastic experience with playing games. However, the only things that seem minuses are their 2,550mAh (S6) and 2,600mAh (S6 edge). Anyhow, Samsung Galaxy S6 and S6 edge specs are wonderful enough for you to play all kinds of games on the Play Store.

Basically, Microsoft Lumia 735 specs are not outstanding at all but it has SmartGlass app which turns the Lumia 735 into a second screen. It means Xbox gamers can stay connected with their friends or rivals while enjoying Dead Rising 3 and Plants vs. Zombies: Garden Warfare. Also, with Windows 10 OS, Xbox gamers can get some expanded features including Game DVR and streaming controls.

Some people may not know that LG G4 has two important features for gaming. It is equipped with a high-end Adreno 418 GPU – a graphics processing unit, delivering quality graphics and realistic 3D scenes and effects. That would be awesome for those who like playing battling games. Additionally, the LG G4 specs are super cool with a 5.5-inch 2K IPS Quantum display, which promises all your favorite game apps will virtually move out of the screen in bright and colorful details.

Sound is the thing helping your game become more lively and One M9 can bring you the best sound. HTC One M9 specs boast a dual front-facing speaker with built-in amplifier and Dolby Audio surround sound. Together with HTC BoomSound, M9 gives you a crystal-clear 24-bit high-def audio. Games would never be that fun!

With the above 4 smartphones, you can play games with joy and excitement. Even when you do not pick one of them, you still can base on the tips to make sure that you have already chosen a good handset for playing games.