6 tests are measured by AnTuTu benchmark on Android devices

AnTuTu is considered as one of the most popular tools commonly used to benchmark Android devices. Many parts of your devices will be tested by AnTuTu benchmark and the results will be given. But, what does AnTuTu benchmark measure on your smartphones, let’s take a look below. 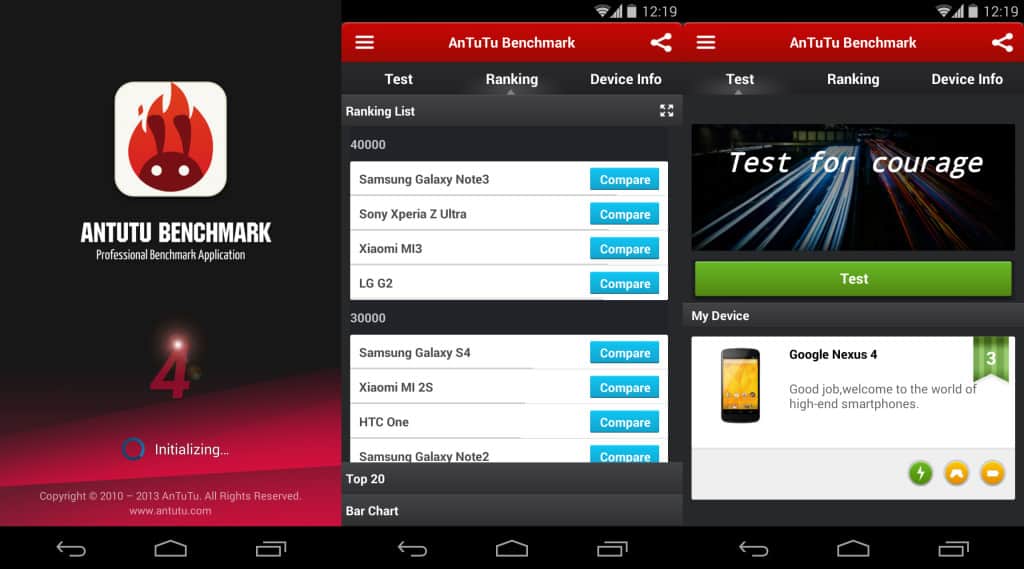 UX is the acronym for user experience. UX score is the number you can look at to partly guess how your devices will perform. Therefore, it is the first score in the benchmark to identify end user experience. UX is divided into Multitask and Runtime. The Multitask test shows the ability of multitasking  for a phone with multi-core CPU.  Runtime test, on the other hand, illustrates how the apps are run on Android’s Dalvik runtime. 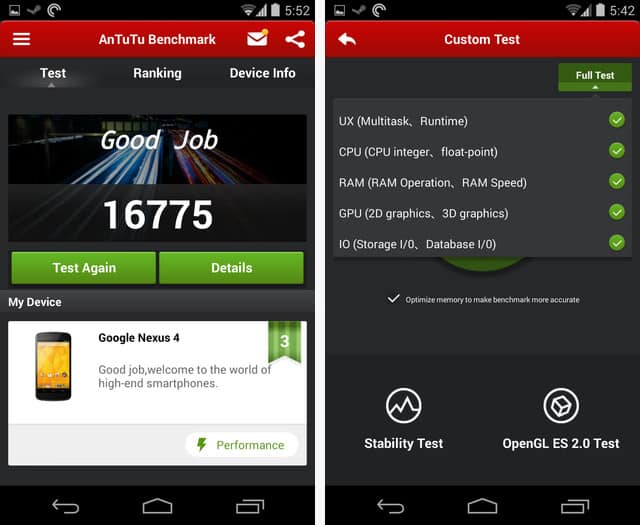 RAM can be understood as random access memory. It is working continuously on your devices no matter what you are doing. RAM score given by AnTuTu can be used to assess the performance of your smartphones. It is devided into RAM operation and RAM speed. However, there is no clear distinction between those two devisions. Therefore, the total score for both of them is given to evaluate how well your smartphones work. 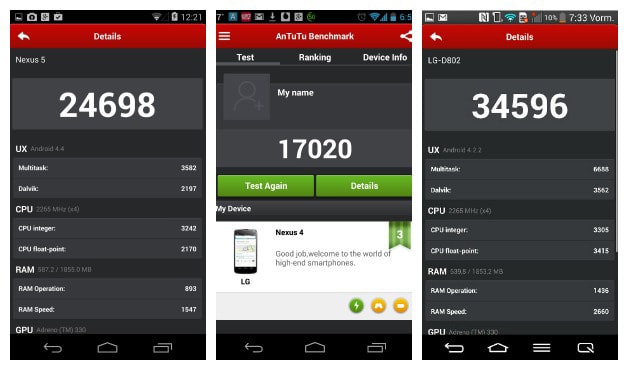 CPU understood as central processing unit is evaluated to see whether your devices have the capability of running high-end apps or games. It is categorized into CPU integer and CPU float-point. Like RAM, to understand a comprehensive differences between two types is quite complex. That’s the reason AnTuTu give us the final score to help us decide our smartphones’ ability. 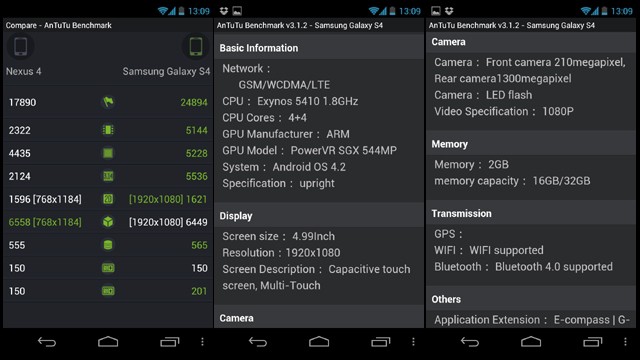 The Graphic Processing Unit is known under the word GPU. GPU doesn’t really demonstrate its functionality until it comes to playing games on your devices. GPU performs all the 3D graphics, and speeds up 2D graphics. The score is again devided into 2D graphics and 3D graphics. Of course, AnTuTu will score the two devisions seperately, but we just only need to notice the final result. If you love playing smartphone games, bear GPU score in mind. 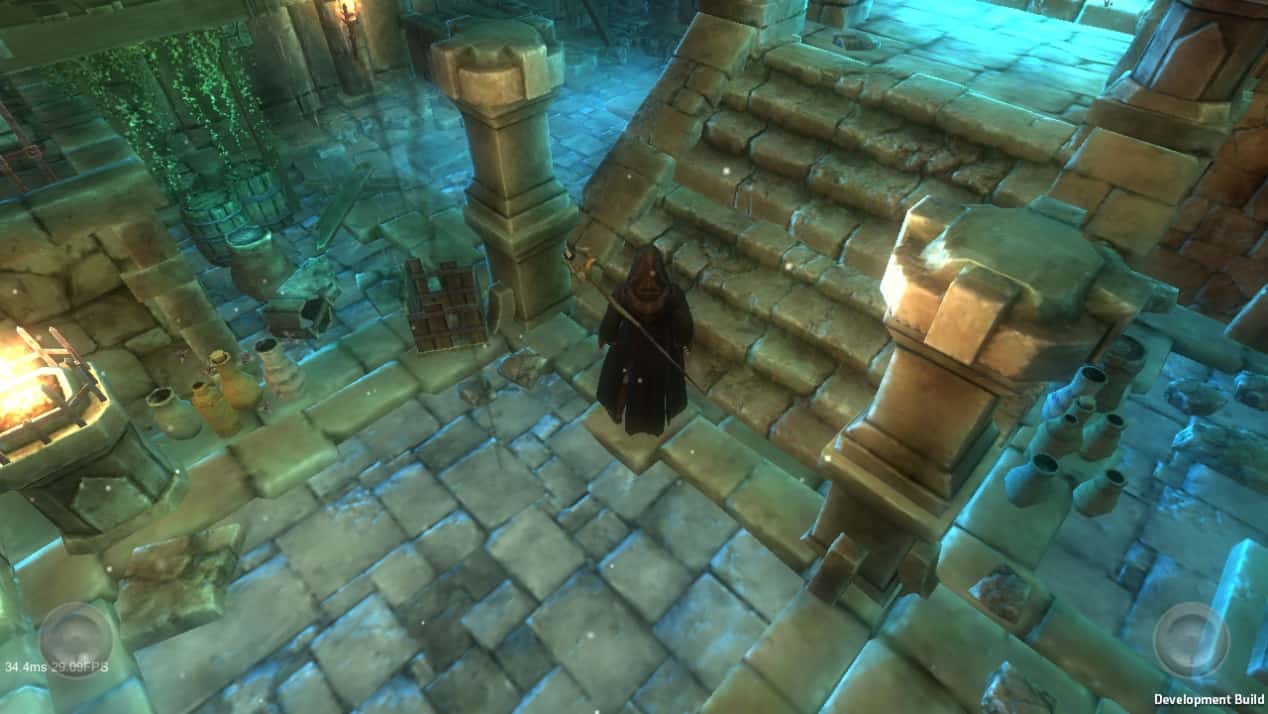 Input/Output represents the speed of the internal flash storage of your devices. The higher the score I/O gets, the better performance of data transference or apps switch. The I/O score has two parts: Storage I/O and Database I/O. Storage I/O tests assess the speed of reading and writing from inbuilt storage. Database I/O is about the reading from and writing to a database. Similarly to others scores, users just need to know the total score to evaluate your Android devices. 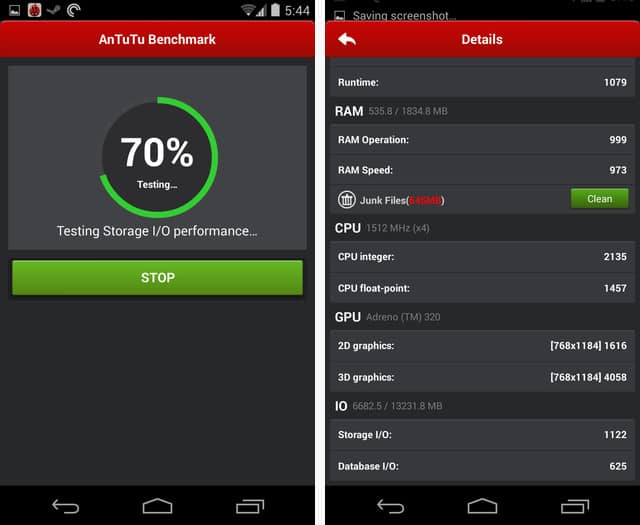 If you are getting lost in a vast choice of Android devices, those AnTuTu scores can be a reliable source to take a look. Comparisons among those criteria would definitely help you to choose the best Android device.