Though most smartphones have not been updated with Android 6.0 Marshmallow operating system, there is leaked news saying that Google will come back with Android 7.0 N… 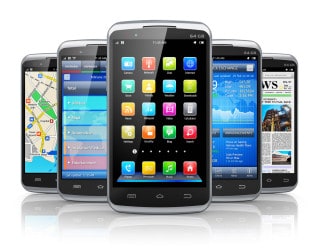 As you know, Google has a great history of naming their operating systems after desserts such as Android Cupcake, Donut, Eclair, Froyo, Gingerbread, Honeycomb (but only for tablets), Ice Cream Sandwich, Jelly Bean, KitKat, Lollipop and Marshmallow (the latest one). As a result, we will not be surprised if Google decides to do the same thing with their Android 7.0.

However, things can be changed. Some news sources have hinted that the company could go a different way and be… more open. Specifically, according to CEO Sundar Pichai, the official name of Android 7.0 OS can be decided by the public when they hold an online poll. This was revealed as a new plan of Google when Mr. Sundar Pichai was interviewed in India at the Shri Ram College of Commerce not long ago. “If all Indians vote, I think we can make it happen,” said he (via NDTV).

Though, most people seem to insist that the next OS will be called Android 7.0 N and perhaps the the online poll will be done with only names beginning with “N”. Well, we predict many participants will also consider names related to food such as Nut, Noodles, Nachos, etc. Honestly, we really like the idea of letting Android fans and users choose a name for their favorite OS.

In fact, there has not been much information about Android 7.0 to gather now. Yet, it’s said that split screen support will probably be added since in a recent Reddit AMA interview, Google mentioned that specific feature has already been “in the works”. And the fall of 2016 will be likely to see the arrival of Android 7.0. Well, you still have a lot of time to give it a name!