9 new Chinese smartphones maybe you have not heard about

Usually, when mentioning Chinese smartphones, most of the time we only think of Xiaomi, Huawei, OnePlus, LeTV, and Meizu. However, there are more and today we would like to introduce 9 Chinese handsets perhaps you’ve not heard before. 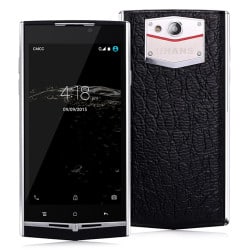 Macoox X7 Mini has been just released in China very recently. Some people think X7 Mini design is similar to LeTV Le1S due to its gold upper and lower bezels and black border around the display. Spec-wise, this machine sports a 5.5-inch FHD screen (which is not really “mini”, right?!), a 13MP main shooter, Android 5.1 Lollipop OS, a 1.3GHz Mediatek quad-core chipset, 2GB RAM, 16GB ROM and a 2,050mAh battery. For those who have interest in this guy, Macoox X7 Mini price is 1,299 Yuan (RM870) for the China Unicom FDD LTE model.

Blackview is also a brand that has rarely appeared on Price Pony, but their products are pretty good in terms of specifications and prices. Blackview Omega Pro is a device like that and has just been announced lately and available on sale since 21 November, 2015. Blackview Omega Pro specs boast a dual SIM, a 5-inch HD display from LG, a Mediatek octa-core MT6753 chip, 3GB RAM, a 2,400mAh battery, and a combo of 13MP plus 2MP snapper to be basic. If you buy a Omega Pro, you can choose Pearl White, Violet Black or Rose Gold color with a Blackview Omega Pro price of $149.99 (RM645) HERE.

Another entry from Macoox is a 6-incher that just so happens to look like the LeTV Le Max phablet. Macoox are obviously after a different customer to the Le Max and so have cut a few hardware corners here and there to make a more cost effective device.

The phone is an all alloy product with fingerprint scanner and 13 mega-pixel camera on the rear. The front is taken up by a 6-inch HD (720 x 1280) display. Specs also include an octacore Mediatek 1.5Ghz processor, 2GB RAM, 16GB memory, Hotknot and a 2850mAh battery. Pricing in China for the Maccox MX-X7 is 1699 Yuan.

Next, we have Haier Hai Le 3 whose specs are a 5-inch display, a 5MP front plus an 8MP rear camera, and a 1,800mAh battery. As for the design, the phone is built with dual 2.5D glass panels and a thin 7.2mm chassis, easy to hold in your palm and put in your pocket. Yet, actually, we think this company will have to try more if they want to develop their smartphone brand besides their well-known large TV and electronics business. Haier Hai Le price is 998 Yuan (RM670), which is very affordable for consumers.

This is a mid-range device built with a metal chassis and plastic back panels. There is a fingerprint scanner located right below its 13MP f/2.0 PDAF snapper. Other Green Orange M4 specs pack an octa-core MT6753 1.5GHz chip, 2GB RAM, 16GB ROM, and a 5-inch display. Green Orange M4 price is 1,599 Yuan (RM1,070) yet only white versions are available at the moment.

Another 5.0-inch machine we want to mention is Kingzone K2. Spec-wise, it features a FHD screen along with 2.5D Corning Gorilla Glass panel up front, a square fingerprint scanner placed on the back together with a 13MP f/2.0 IMX214 shooter, a MT6753 octa-core processor, 3GB RAM, and a 2,600mAh battery to power all the smartphone. Specially, if you want to enjoy music on your own handset, K2 can satisfy you thanks to its Yamaha HIFI YDA 165 audio decoder. 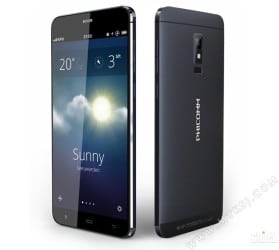 Wow, they are the 9 new Chinese smartphones we just found out. It somehow shows that apart from some famous manufacturers we’ve already known, there are still other potential ones. Do you like them all?