After the release of ZTE Axon 7 and Axon 7 mini not so long ago, some photos of Axon 7 Max have been spotted online. The new handset is reported to be announced soon to the public. Let’s take a look of some information about it. 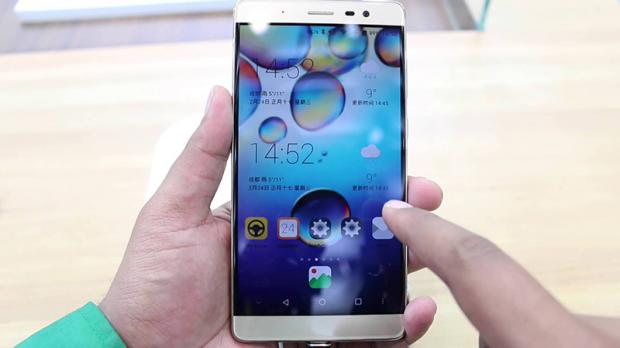 Although this new smartphone isn’t unveiled yet, leaked photos disclose a full metallic housing and a sleek appearance. The phone is believed to show up as a phablet featured a 6 inch display with full HD resolution (1080 x 1920). The handset will be powered by a Snapdragon 625 chipset, and carry an octa-core 2GHz CPU and the Adreno 506 CPU.

In terms of other specs, Axon 7 Max will come with 4GB of RAM and 64GB of internal storage. As can be seen from the photos, the smartphones will have a dual camera in the rear camera accompanied with LED flash. And it is clear that a fingerprint scanner is positioned under the rear camera. Android 7.0 will be pre-installed in this smartphone. Curious as we are, no further information about other specs has been revealed.

There is no disclosure about the resolution of the two camera and battery capacity is still a mystery. However, we can look back to the two previous smartphones to obtain some hints for our new ones. Axon 7 has the combination of 20MP/8MP camera and 3,250mAh battery, while Axon 7 mini sports 16MP/8MP camera and 2,705mAh battery.

Axon 7 Max: confirmation from the manufacturer

To this time, there is no official confirmation or announcement from ZTE about this new handset. However, it is expected to be launched at the end of this October, or in the beginning of November. And the price, of course, is still a mystery. If you are looking forward to this new flagship, don’t forget to follow our page for updated news! (Source)