Xiaomi Redmi Note 2 has hit the market and received quite a lot of attention from the public thanks to its package of pretty good specs and super affordable price. And not long ago, Xiaomi Redmi Note 2 Antutu* score was revealed, partly helping prove that the product Xiaomi introduces this time can become the first choice in its kind. So, how many points to be exactly? 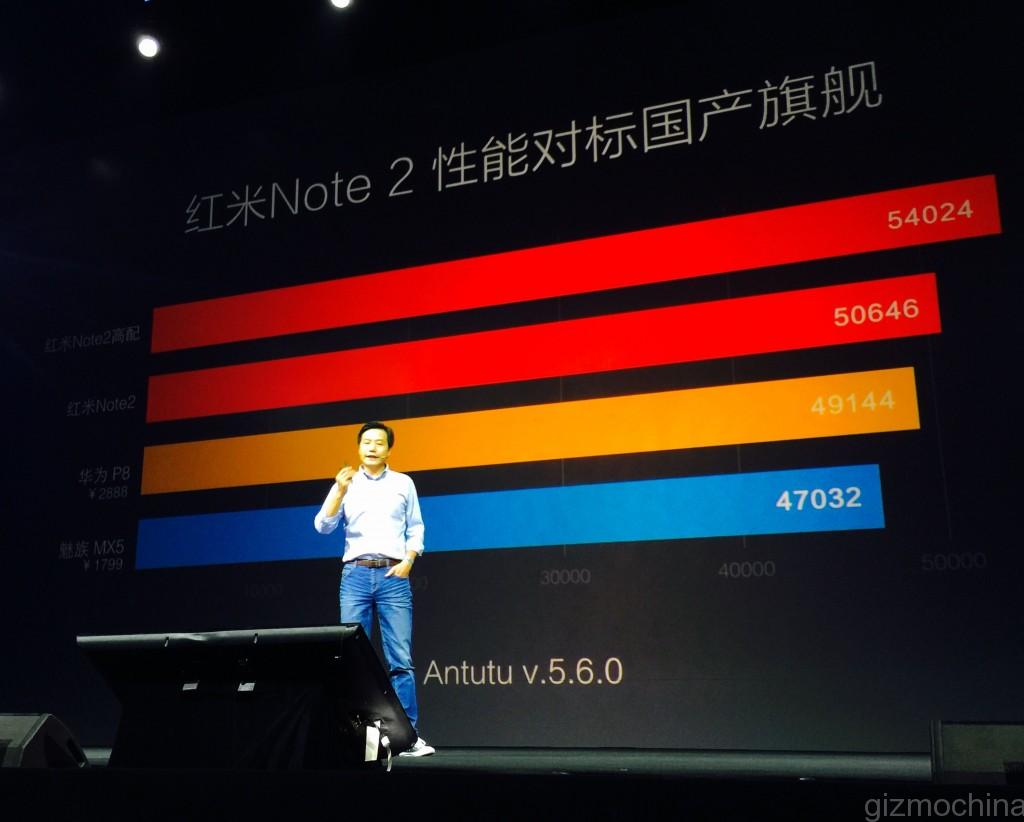 Specifically, Xiaomi Redmi Note 2 was able to score 48,983 Antutu points with a 5.5-inch FHD display, a MediaTek MT6795 or MT6795T octa-core processor, 2GB RAM, and either 16GB or 32GB ROM. In addition, a 3,060mAh battery and a combo of 13MP rear and 5MP front-facing camera are also important parts of the machine.

So, one thing we should note is that the recorded score was from the premium version of Xiaomi Redmi Note 2 including MediaTek MT6795T processor and 32GB of storage. It is really impressive due to being higher than its competitor Lenovo K3 Note (which reached 46,081 points) in our latest post, and even higher than the flagship Meizu MX4 and Samsung Galaxy Note 4. Good job, Xiaomi! 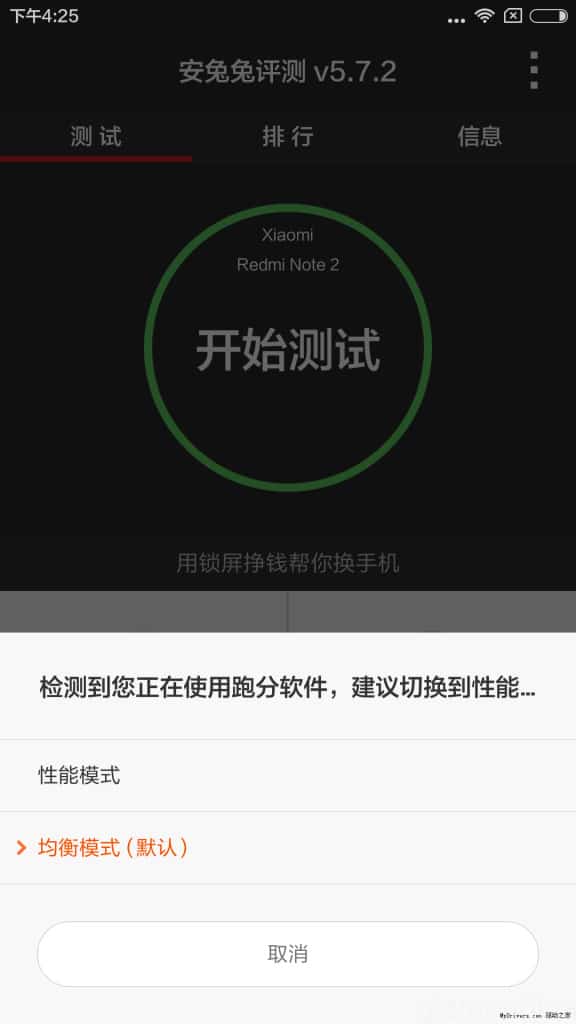 In conclusion, we can see that Xiaomi has tried their best to improve their products and Xiaomi Redmi Note 2 somehow shows that. It is absolutely better than its predecessor Redmi Note and able to stand out among other handsets in its range. Hope that Xiaomi Malaysia will soon bring it here! 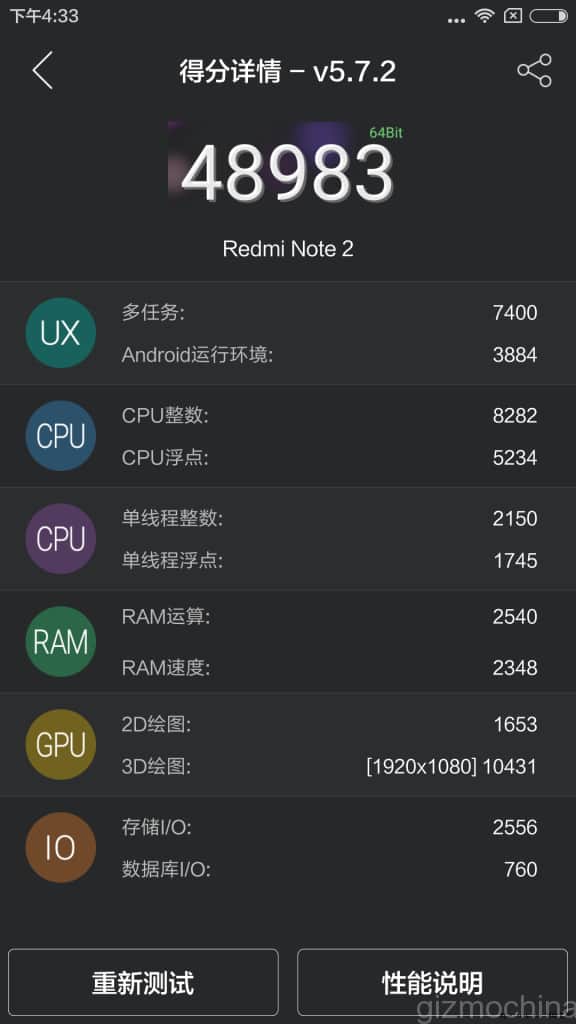 *AnTuTu is one of the most popular benchmark apps for Android devices. It tests many parts of your device and assigns an overall score. The higher points a device get, the faster and stronger it is.