Some people may like using big phablets while others prefer smaller devices. So, if you belong to the latter group, check out the following ones equipped with sub 5.0-inch displays! 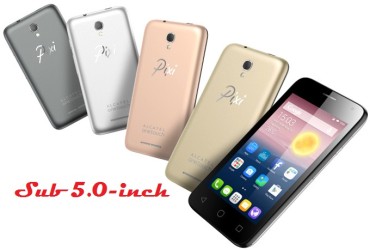 Spec-wise, it features a handy 4.0-inch 480 x 800 pixels screen, a Mediatek MT6580M quad-core 1.3GHz chipset, 8GB of internal storage (expandable up to 32GB), and 1GB RAM. In addition to Alcatel Pixi 4 specs, there are Android 6.0 Marshmallow OS (very modern, rite?!), a removable 1,500mAh battery, and a combo of 5MP rear with LED flash and 2MP front-facing camera on board to run the whole phone. However, though this phone was announced in January 2016, it has not been available for sale yet. 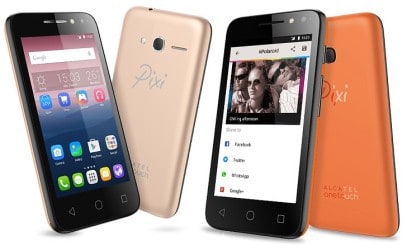