Chinese smartphones are developing real fast, but of course other non-Chinese handsets are also doing well. Check out the following new models from big brands outside of China now! 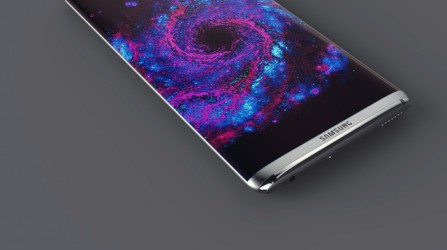 After BlackBerry Priv, things seem much better for the company. Perhaps that is why they have said goodbye to BlackBerry OS and decided to continue with more Android smartphones. Specifically, according to the latest news, there will be two BlackBerry devices coming in late 2016 coded as Hamburg and Rome, and they both will run on Android OS.

As for the first phone, its leaked picture from BerryLink has been spotted recently, showing a full-size touchscreen yet no physical keyboard usually seen on BlackBerry phones. Though, some others think that it may be hidden under the screen like the Priv. Despite no words made for BlackBerry Hamburg specs, it is said to cost less than $400, so we wonder whether it’s a mid-ranger or a flagship. In terms of BlackBerry Rome, it does show up with a physical keyboard and look pretty similar to BlackBerry Passport but more rectangular. Like its sibling, BlackBerry Rome specs have not been unveiled yet. Hopefully more information about them will come this month!