August draws near, and there are more and more details of Samsung Galaxy Note 7 revealed. One of them is that the Galaxy Note 7 Edge camera packs dual-lens technology. Now, let’s take a look at the next generation of Galaxy Note. 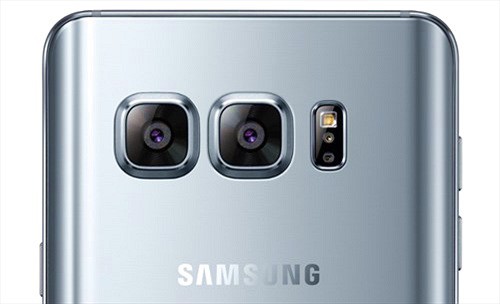 So, it seems that Samsung is getting ready for the battle with Apple.  As you know, Apple will launch iPhone 7 series this year, probably at the same time as Galaxy Note 7 series. The Apple iPhone 7 Pro could also sport dual-camera. However, the Samsung Note 7 Edge camera is expected to be better than its rival thanks to folded telephoto mechanism. With this new technology, the Samsung Note 7 Edge camera will get a great optical zoom capability.
The Galaxy Note 7 may also surpass other rivals in dual-camera phone battle, including Huawei P9 and the LG G5. Next, let’s see some other Samsung Galaxy Note 7 specs. As recent reports, the device may arrive with a 5.8 inch 4K Super AMOLED display. The machine is said to come with the most top-end features ever.  Under the hood, there is a Snapdragon 823 or Exynos chipset. There will probably be 6GB RAM inside the device, along with massive 256GB ROM. Especially, if the dual-lens rumor comes true, Note 7’s 30MP camera could be extremely outstanding among other rivals.

The Galaxy Note 7 Edge is expected to come in the later half of 2016, probably in mid-August. Until now, we don’t have the official information about Samsung galaxy Note 7 Edge price. However, it’s is hinted to cost around $850-1200. Let’s wait and see!