Redmi Note 2 vs Redmi Note 3: Differences you need to know

Today, we would like to compare 2 hottest items of the budget phone category: Xiaomi Redmi Note 2 and Redmi Note 3. One has been already famous and the other was just launched a few hours ago. 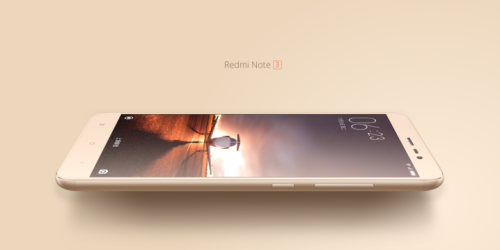 Redmi Note 2 vs Redmi Note 3: Differences you need to know

Firstly, we want to emphasize that Redmi Note 3 is the successor to Redmi Note 2 (which was launched just some months ago). As a result, the Note 3 has greater updates if compared to its elder brother, so we think this is more a comparison to see how the latter has been developed from the former.

In general, both of them are slim and light, but the Note 3 is slightly thicker and heavier maybe partly due to the material it is made of. As we heard before, the new Xiaomi product is the very first smartphone in the house to sport a metal body and a fingerprint scanner. It somehow shows that the company is now following the world’s trends (is it a bit late?) and in fact, the Note 3 looks more premium and modern than the Note 2.

Besides, some important improvement we need to mention is the RAM and battery capacity. Xiaomi really makes it big this time. Redmi Note 3 has 2 versions: one is with 2GB RAM and the other with up to 3GB RAM, but the key point is that they are all very budget-friendly. In addition, the Note 3’s battery is capable of 4,000 mAh. O-M-G! It really shocked us at the first time. Xiaomi might not focus much on their phones’ battery life before, yet now, things have changed. So, those are some essential differences we want to inform you of in this post. Among other mid-rangers, we can say that they are two of the strongest, yet Xiaomi Redmi Note 3 is the best here. Moreover, its prices can beat a lot of competitors in its own kind. Check them out in the next part!

The official Xiaomi Redmi Note 2 price in Malaysia has been announced at RM649 and you can easily find one on the market now. However, Xiaomi Redmi Note 3 was released today and we will have to wait for it some weeks or months, yet it is worth since you only have to pay 899 Yuan (RM600) for the 2GB RAM + 16GB ROM verion and 1,099 Yuan (RM730) for the 3GB RAM + 32GB ROM ver. OK, it’s your turn. What do you think about them? Share with us!