Yesterday, netizens have just been tumultuous towards the announcement on Nokia’s official Twitter about their attendance on MWC in 2017. Today, we again receive rather surprising news from GFXBench: Nokia D1C might be an Android tablet… 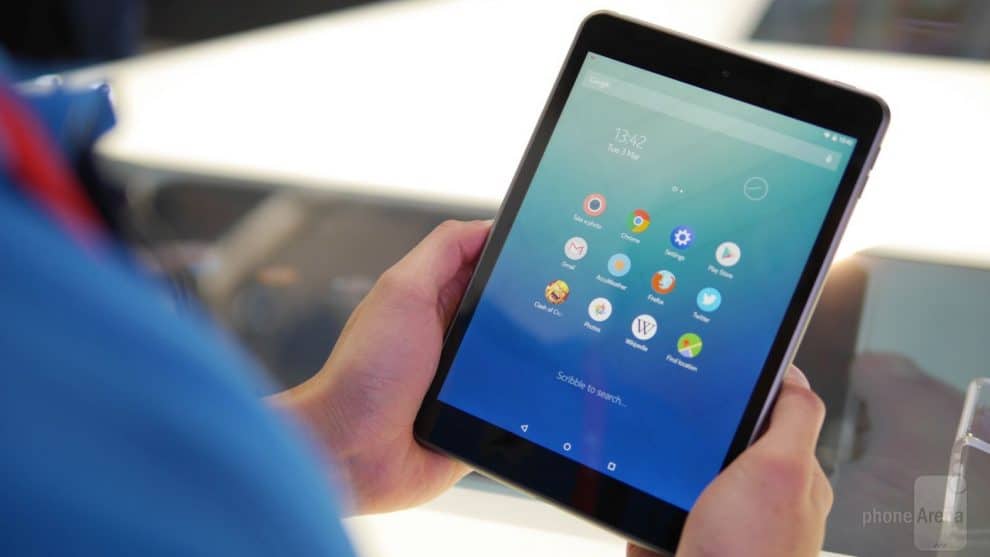 In previous news, Nokia D1C has appeared on Geekbench and AnTuTu with some specific specs. And the new emergence of this smartphone was spotted is on GFXBench. According to this benchmark, Nokia D1C is powered by Android 7.0 Nougat. It should definitely stand out from the crowds and be a fierce rival to other tablets in the market. Like the report on AnTuTu, the benchmark also discloses that, it packs a 1.4GHz octa-core processor Snapdragon 430 in combination with an Adreno 505 GPU.

Besides, the handset is reported to sport a 3GB RAM and 16GB of inbuilt storage. However, GFXBench reveals that only 9GB of the free storage will be available for further usage, since the rest might be used for operating system. The flagship is expected to house a 16 MP rear camera and an 8MP in the front camera. Excitingly, both cameras are able to record full HD (1080) videos. So Nokia D1C is claimed to be a camera mobile that is worth waiting for, right? 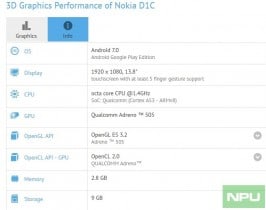 Yet, the characteristic that helps us to identify a tablet is the screen size. That being said, Nokia D1C is likely to feature a huge 13.8 inch display that supports full HD (1080) resolution. If it turns out this Android Nokia really comes at such dimension, as reported by GFXBench, Nokia D1C will end up being a tablet rather than a handy smartphone as we knew.

Nokia D1C tablet: a surprise to everyone

What we have until now is just some information on major benchmarks such as Geekbench, AnTuTu and GFXBench. Therefore, keep in mind that changes are always possible to be made in the incoming future. However, the report that Nokia D1C turns out to be a tablet is quite a surprise for everyone. Until we have the official from Nokia, just keep an open mind and stay tuned. (Source)