Nokia 8 price revealed ahead of launch!

This year is going to be a big year for the brand Nokia, as well as the fans. Among a number of devices going to be released soon, there is Nokia 8, a high-end smartphone. Recently, the Nokia 8 price has been revealed ahead of launch! 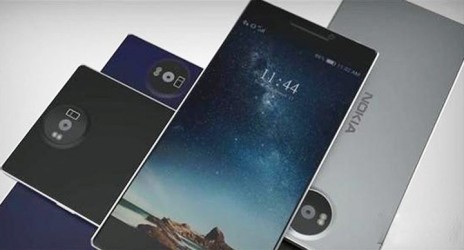 Nokia 8 price revealed ahead of launch!

HMD Global is going to reveal Nokia 8, among other Nokia smartphones, at the MWC 2017 soon. Ahead of the official launch, the Nokia8 has been spotted on JD.com‘s website, giving us a hint of the available colors and price of the device. The two colors spotted for the device are black and grey. About pricing, the Nokia 8 price, according to the website, will be CNY 3,188 (~RM. 2,065). This is a very good price for a supposedly high-end product, and it will surely compete heavily with brands like OnePlus, who also offers high-specs phones at reasonable price. However, please note that this information is not official.

The Nokia 8 specs has been speculated to be of a high-end smartphone. It is speculated to have a Qualcomm Snapdragon 835 SoC at its core, with at least 4GB RAM, and 64/128GB of internal storage, expandable by up to 256GB. From the photos at the website, we can see an almost bezel-less display. The screen size is expected to be 5.7″, with 2K resolution. The rear camera is expected to have 24MP lens, with OIS and Carl Zeiss optics. The front camera could have 12MP lens, and the phone will run Android Nougat.

HMD Global’s presentation at the MWC 2017 will begin on Sunday, February 26 at 9PM IST. The Nokia 8 is only one of many phones expected to be revealed by HMD at the event. There would also be another premium smartphone, the Nokia P1, two budget smartphones, called Nokia 3 and Nokia 5 respectively, and, to the surprise of many, the return of a variant of Nokia 3310 feature phone. HMD Global may also talk about the international version of Nokia 6 at the event.

Nokia 8: The most anticipated at MWC

With so much information about Nokia’s confirmed return, we can be excited for this year’s MWC. Hopefully Nokia and HMD Global will not disappoint!