Today we come across a concept design for Nokia 12. The phone runs on Android OS and has a distinct retro feeling about it. 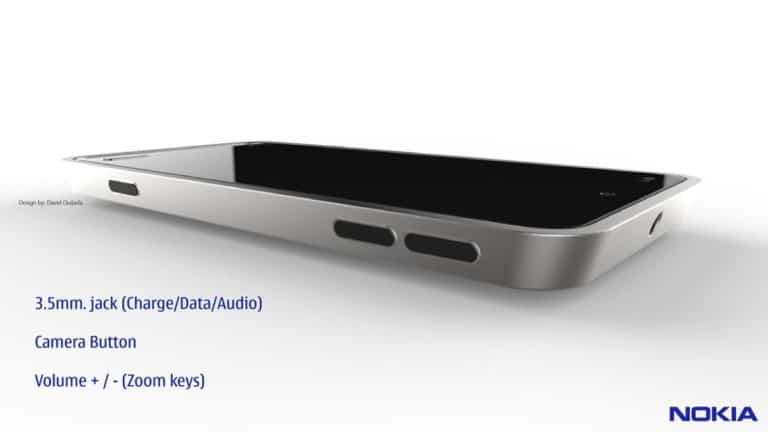 Recently, we’ve been bombarded with Nokia concept phones and rumors. We’ve seen everything from the most affordable smartphone Nokia 1 to the flagship killer Nokia Edge to a weird-looking Nokia Handlebar. Today we come across the Nokia 12 concept phone which was rendered by David Quijada. The device stay true to Nokia classic design. It resembles the Nokia 6111 and Nokia 3250 so much that it looks bulky and somewhat unnatural by today standards.

In terms of Nokia 12 specs, it feature a 5″ OLED display screen with Full HD resolution. The phone is powered by a Snapdragon 821 processor, with 64/128GB of internal memory. Nokia 12 cameras are another notable specs. The phone is mounted with a 21MP camera on the back with dual-LED flash. The handset runs on Android 7.0 Nougat and it has big bezels around the screen. There’s Bang & Olufsen acoustics on board, 4G LTE, WiFi and NFC, plus a fingerprint scanner.  The phone uses an aluminum frame with slightly sloped edges. 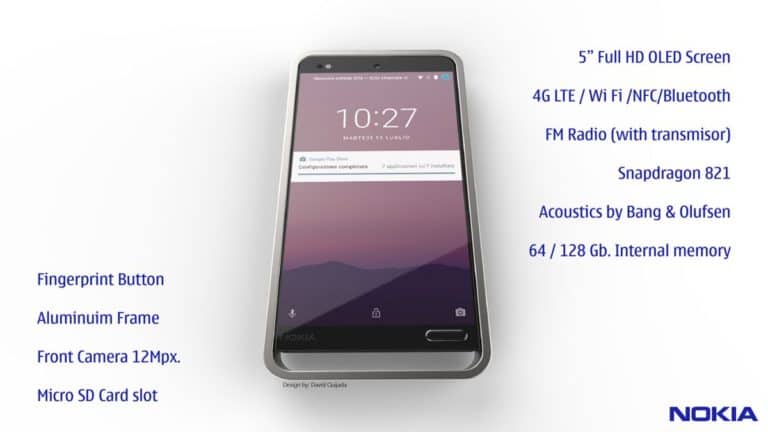 Other features include a non-removable battery of unknown capacity and fast battery charging technology. The phone also supports 3.5mm audio jack and expandable storage up to 256GB via. As for the price, this phone will likely target the upper-middle range consumers. But after all, this is still just a concept that probably will never make it to the market.

Nokia 12 Concept Phone: What do you think?

Although the design brings back many fond memories of Nokia glorious day, it doesn’t suit the modern world. The bulky design looks solid and reassuring, but most consumers these days would prefer a slimmer smartphone that fit their pockets. Due to those reasons, we think that the Nokia 12 will never hits production phase and will only stay as a concept.