Late last year, LG already released its new flagship, the LG V20. Since then, there have been teasing of the new flagship in the V series. That is the new LG V30 smartphone, with 128GB ROM and Android 8! 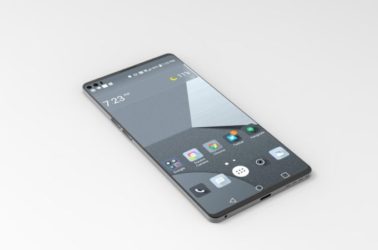 Summer is approaching, and we have big events coming such as Computex and IFA 2017, where phone manufacturers introduce their new devices. Samsung released the Galaxy S8 and S8+ already, and Apple is launching its new iPhone sometime in September, LG is definite the most anticipated brand in the summer. There are a lot of reports about the new LG V30 smartphone, and DBS Designing recently has made a design of this new phablet, and it looks incredible!

At first glance, this design resembles LG G6 a lot. However, one major difference is that it comes with a second display at the back. Otherwise, it is water-resistant, and the screen curves at the corners of the panel, similar to G6. The bezels, if there are any, are very narrow, and the material used to make the phone’s body is metal. There is a dual camera set-up up front, on the top bezel.

Also, in this design for the new LG V30 smartphone, the fingerprint scanner is below the screen panel. It is certainly going to be the trend in future flagships, especially for Apple and Samsung. A dual camera is also at the back of the phone. Other LG V30 specs include a 5.8-inch Quad HD Plus display, 128GB of internal storage and the default OS of Android 8.0. It certainly feels a lot better than the LG G6 already!

New LG V30 smartphone: A great phone in the future

If LG follows up with this new LG V30 smartphone design, it is going to be a great phone. What do you think about this design?