A new 8GB RAM flagship is coming with top-class specs. It will also feature the Helio X30 chipset, along with dual front camera setup. 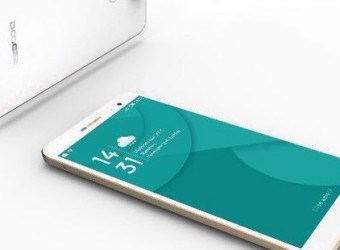 Doogee is the first smartphone manufacturer to reveal its plan to launch a new flagship with the Helio X30 processor. It’s been a couple of months since Mediatek announced the Helio X30. But like Qualcomm’s Snapdragon 835, no phone to feature any of these two chipset has actually been available for purchase. Doogee decided to be the first and bragged about their new flagship as “The first worldwide MTK X30 Processor Doogee Smartphone Co-Engineered with MTK”. So, let’s take a closer look and see what this new monster can offer to the Android race.

In terms of Doogee’s new 8GB RAM flagship specs, it will feature a 5.7″ 2K display screen, protected by Corning Gorilla Glass. The phone will come with MTK Helio X30 processor, 8GB RAM and 256GB ROM. The company is also going all out with the cameras. The front panel will house 2 x 16MP cameras while the back will have a 21MP snapper. There is also a front-facing fingerprint scanner on the phone. If Doogee can actually deliver a device with such specs and high quality, then they may have a chance of becoming the next Xiaomi. The flagship will be powered by 4050mAh battery and we expect it will come with fast charging technology. The device will run on Android 7.1 Nougat out of the box. That’s basically everything we know about this new 8GB RAM flagship specs so far. However, Doogee is at MWC 2017 right now so there might be more information coming from them later.

Sure the specs look really nice on paper, but real life quality is the most important aspect. We hope that the Chinese manufacturer figure how to make best use of these specs. Let us know what you think about this device. Is this an overkill or is this the perfect flagship?