Meizu Pro 6 to have Exynoss 8870 from Samsung

Well, it has been a while since Meizu released the latest smartphone, right?! Therefore, now we are quite excited when being informed that a new Meizu product will come and it is called Meizu Pro 6…

Of course, Meizu Pro 6 is the successor to Meizu Pro 5, which was the champion of the Antutu benchmark list in the third quarter of 2015. As a result, we bet it is going to be much more fantastic than its predecessor in terms of design and specifications. And also, we have to note that the 6 will be the second member of the “premium” line-up Pro of Meizu. Perhaps it will even sport a 6-inch screen just like the name. Who knows?!

Actually, at the moment, there is not much information related to this flagship. However, some reliable news sources has leaked that the Pro 6 has already been in the works, which means Meizu Pro 6 launch will probably occur in the second quarter of 2016. Accordingly, Meizu Pro 6 specs will include a the next-gen Exynos 8870 SoC chip made by Samsung which is considered as “a knocked-down version” of Exynos octa-core 8890 processor. 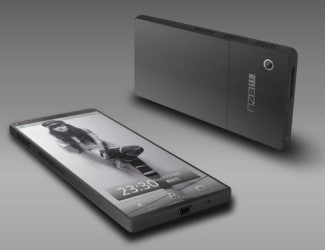 We can feel Meizu really wants to produce a strong premium series in general and a strong premium handset in particular to compete with many high-end machines on the market now. Nonetheless, we should wait a bit more for the company’s official confirmation of the Pro 6’s features, then decide whether it is the winner of the battle or not.

As we mentioned, it is pretty sure the Pro 6 is going to be introduced next year. As for the cost, due to being a premium flagship equipped with super strong Exynos 8870 chipset, we predict the phone will be priced at around $400. Do you think that is reasonable? Share with us the amount of money you want to pay for this Meizu Pro 6!