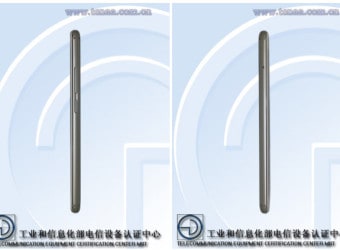 A new Meizu smartphone has been certified by Chinese telecommunication authority TENAA. Listed as M621C-S, the device measures 153.6 × 75.8 × 8.15mm and weights in at 175g. It has a 5.5″ Full HD display, powered by a 1.8GHz octa-core processor. The name of the SoC is still unknown but we suspect it will be a mid-range MediaTek processor. Mezi M621C-S comes in many different variants. The RAM options include 2GB, 3GB, and 4GB, while storage options include 16GB, 32GB, and 64GB.

In tern of the phone photography power, it comes with a 13MP main camera. From the picture of the back panel, the phone seems to come with a single LED flash. There’s also a 5MP shooter on the front. Under the hood is a big battery with higher capacity than the industry standard. The phone uses a 3920mAh battery to power everything inside. The device runs Android 6.0 Marshmallow out of the box. Color options for the smartphone include white, silver, and blue. 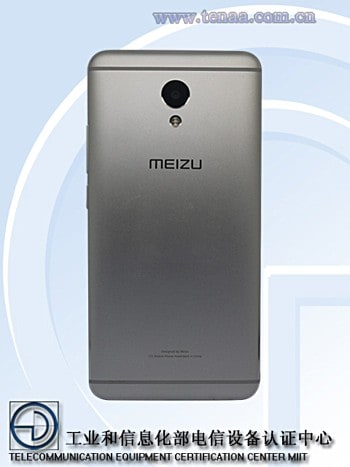 Beside all the specs above, you will still have a 3.5mm audio jack on top of the phone. There is not much information about this phone right now. Overall, it’s a solid device with decent specs and big battery. Passing through TENAA likely means that the phone will soon be announced in the next few weeks.

The phone should come out soon in the next few weeks. For the price, Meizu will likely follow its old strategy with this device. The phone could target lower mid-range market. So, stay tuned to find out more in the future. And make sure to let us know what you think about this phone.