LG X Cam and LG X Screen are two new products the company wants to introduce to consumers in early 2016. Will they be as successful as LG V10?

There will be up to 2 new models coming along with LG G5 – the flagship and their names are really interesting: X Cam and X Screen. From the way they are called, we understand that one handset will focus much on camera while the other on display. And yes, when searching more information about them, we found the Cam will pack a dual rear shooter and the Screen borrows the V10’s secondary display, or a dual screen.

According to the manufacturer, both will be mid-rangers “for customers who do not want or need all the bells and whistles that come with today’s high-end phones.” Though, you’re gonna see some features borrowed from LG’s high-end machines. Speaking specifically, LG X Cam specs include two snappers on the back with one capable of 13 megapixels and the other 5 megapixels, a 5.2-inch Full HD screen, a 1.14GHz octa-core chip, 16GB ROM, 2GB RAM, a 2,520mAh battery, a 8MP front cam, and Android 6.0 Marshmallow OS out of the box. 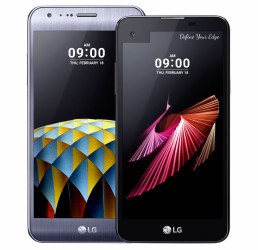 As for LG X Screen specs, there are a handy 4.93-inch HD main display plus a 1.76-inch secondary one, 16GB ROM, 2GB RAM, a 2,300mAh battery, a 1.2GHz quad-core processor, and Android 6.0 Marshmallow OS. Besides, it’s also got a fantastic combo of 13MP primary and 8MP selfie camera to help you take pictures.

They are planned to debut in Asia, Europe and Latin America first in March, 2016, yet the official launch date will be February 22, right after LG G5 gets announced event at Mobile World Congress (MWC) this year. We predict that when the devices go on sale, LG X Cam price and LG X Screen price will be around $220. What do you think of this X series?