The LG G2 has been one of the most popular smartphones in Malaysia, especially through the very attractive pricing. In this review we will compare the new LG G3 vs Samsung S5. LG has not announced all specs officially yet, but there have been enough leaks to know nearly everything about the phone. The LG G3 is going to be one of the main competitors of the S5 in the Top Level Segment, while companies like Huawei and Xiaomi attacking the lower segment market for Samsung. 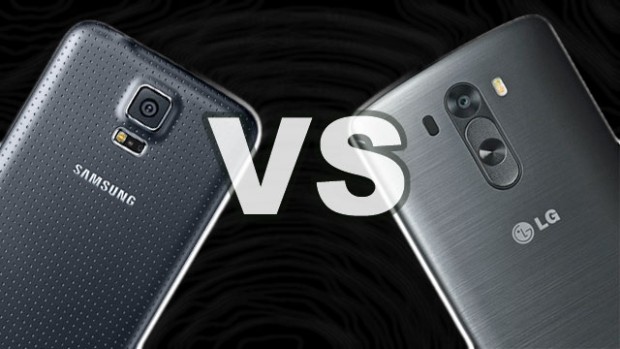 Both the LG G3 and the Galaxy S5 have plastic bodies. In terms of design phones like HTC ONE or even the aluminim MI 3 have an edge on the LG G3 and S5. 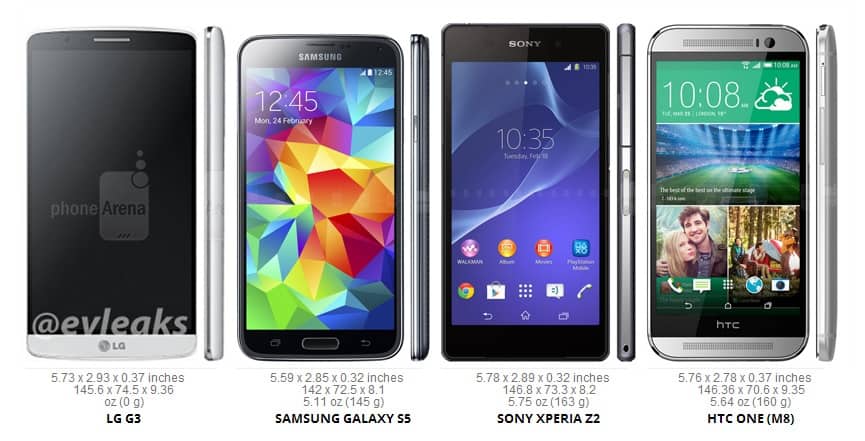 The LG G3 has a pretty average design. There is a small chance, that it will get a metal rear, but most likely it will be full plastic like the S5. Thanks to its 5.5 inch screen the LG G3 is larger then the S5 in every dimension. From the leaked specs we know that the G3 G3 is 4mm longer, 2mm wider and 0.8mm thicker.In line with the LG G2 design, the buttons will be on the back of the LG G3.

The S5 has a plastic design that is pretty similiar to the design of the S4. The back of the S5 has a textured finish, to make it look less plastic, but that doesnt really work out well. Overall the S5 design did not find too many fans, and eventually even the Head of Design for the Galaxy S5 Series left Samsung after the launch and disappointing feedback.

Winner: Tie. Both bodies of the LG G3 and the Samsung S5 are made of plastic and cant really compare to the HTC One. They both have a fairly average design and impress more with their specs. It is up to the user if they like more the phablet style of the 5.5 inch LG G3 or the smaller design of the 5.1 inch Samsung S5.

The LG G3 will be the first smartphone ever to use an QHD screen, which is the same as four 720 p displays combined together. With this technology LG achieves to have an extreme high pixel density on the device, even though it has the large 5.5 inch display. The display of the LG G3 will have a resolution of 2,560 x 1,440 pixel and a density of 534 ppi. That means that the LG G3 will have the same resolution as a 27 inch i Mac – we think that is quite impressive on a 5.5 inch screen. 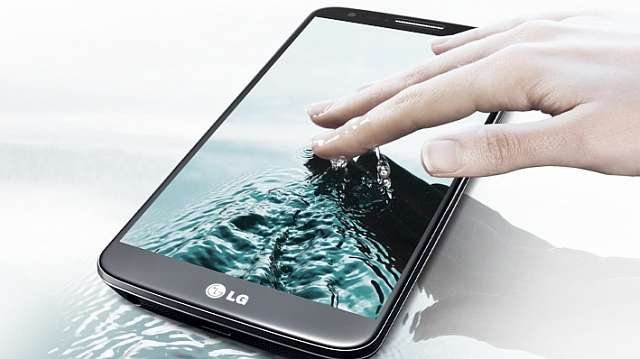 While the LG G3 uses the QHD Screen with IPS LCD the 5.1 inch Screen on the S5 is a Super AMOLED. In general AMOLED screens have significantly better black levels compated to even premium LCD screens. The S5 offers an very impressive example of an AMOLED screen, with very crisp and clear colors.
Still the LG G3 has higher resolution than the 1,920 x 1,080 pixels of the Galaxy S5 and also a higher pixel density with the 432ppi on the S5.

There will not be a massive difference in therms of sharpness for the everyday user between the LG G3 and the Samsung S5, but it will be recognizable. One reason for that is also the Samsung S5 sub-pixel arrangement. The S5 sports an PenTile-type screen, and the diamond-shaped sub-pixel seem less crisp and sharp then the regular “stripe” RGB o the LG G3 LCD Screen.

Winner: LG G3. While both phones are clearly in the top-elite of their class when it comes to screens the LG G3 has with 2,560 x 1,440 pixel and a density of 534 ppi a higher resolution and better pixel density then the S5. As well it is signifcantly bigger then the S5 with 5.5 inch. The S5 has also a very good screen and especially if you like smaller screens, the Super AMOLED with its impressive color rich experience, might be a good choice.

Both the Samsung Galaxy S5 and the LG G3 use the fastest processor on the Malaysian market available at the moment, the Qualcomm Snapdragon 801 with Adreno 330 GPU and Krait 400 Technology. 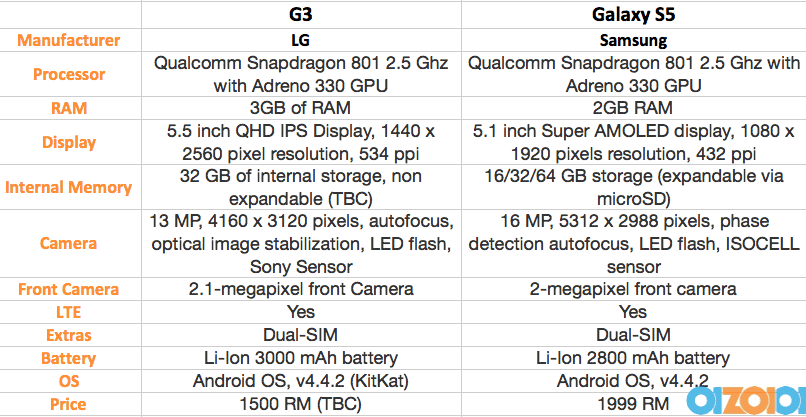 While the both devices use LPDDR3 RAM, which is faster and uses less power then DD3 RAM, the LG G3 has a full GB more of Ram with 3GB. This will show an significant impact in performance benchmarks and playing games and multitasking. Normally RAMand virtual memory management are the main reason for slow down of Android devices.

One thing that is not confirmed yet if the internal memory of the LG G3 will expandable via micro SD. The LG G2 does not have a memory card slot, but did LG learn from that?

The announced 32GB of the LG G3 are not a good sign in that term. Often smartphones with a higher internal memory in the basic version dont have a memory slot. And the internal memory slot makes adding your own memory much cheaper then buying a phone with higher memory.

The base version of the Galaxy S5 is at 16 GB and you can easily buy 64 GB micro sd cards for 160 RM. So if the LG G3 really doesnt have the memory slot thats is a clear advantage for the S5, since its easier to store your media and favorite Games and apps.

When it comes to battery life the LG G3 has a slightly better battery with 3000 mAh versus the 2800 mAh of the S5. Performance in terms of battery life is probably going to be pretty similiar and the Snapdragon 801 is designed to be extremely power efficient.

Winner: LG G3. While both phones run on the Snapdragon 801 processor at 2.5 Ghz, the LG G3 has a whopping 1GB of Ram more which will clearly show in Benchmarks and performance. It is actually a bit hard to understand why Samsung did not increase the memory of the S5 to 3GB of Ram.

The LG G3 and the Galaxy S5 have a bit of a different approach with their cameras. In normal daylight there is no big question that both smartphones with their high quality sensors will excellent pictures. 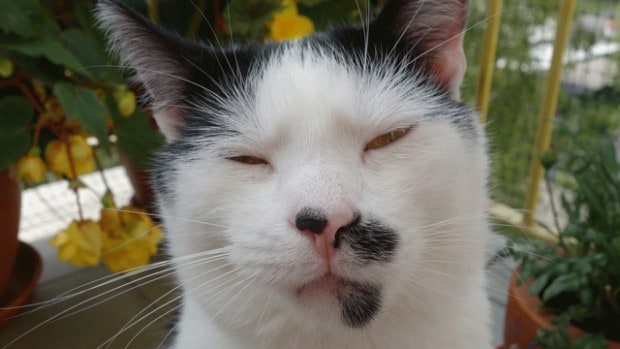 At harder conditions for picture taking, is wher the strategies of LG and Samsung are different. The Galaxy S5 has a new kind of sensor, named ISOCELL and made by Samsung. With the ISOCELL sensor full well capacity increases crosstalk at sensor pixel level decreases. In practice that means that the sensor can utilize higher sensitivity levels without higher levels of image noise.

Winner: S5. We have seen pictures of the S5 and are pretty impressed at the review of the camera. In the past LG’s camera have not been as good as the Nokia’s for example. Also the Samsung phone utilizes a 16:9 ratio sensor, while the LG G3 crops into the sensor, resulting in 9.6 megapixel pictures.

There’s one other thing that puts things in the Galaxy S5’s favour a bit, though. The Samsung phone has a 16:9 ratio sensor, while the LG G3 crops into its sensor as standard, resulting in what equates to 9.6MP photos unless you switch to 4:3 aspect shots.

Winner: LG G3. One of the main reasons is the very impressive screen with the same resolution as Macbook 27inch and a whopping 1 GB of Ram more against the 2GB of Ram of the S5.

What will be the real deciding factor in the end is the price level. The LG G2 was consistently priced cheaper then the S4, at better specs and performance levels.

What LG G3 really needs to do is follow that strategy against Samsung. Rumors are that it will be at least 550 RM cheaper then the S5, which could definitely be a very good argument for the LG G3 and against the S5.

Overall you still have two smartphones at the top of their class and Price will likely be the deciding factor in the end. For Samsung Malaysia it is going to be a tough year in any case with their recent Social Media Disaster and the hard low end competition from Xiaomi and Huawei.