LeTV Le1S is in the house! 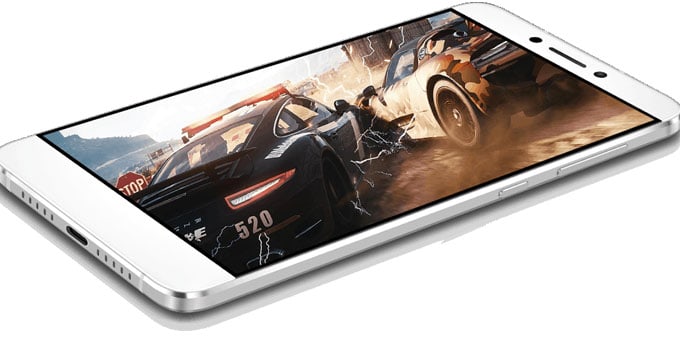 Let’s start with its design. LeTV Le1S comes with a premium all-alloy unibody and looks pretty slim due to its thickness of 7.5mm. Though there are just 2 color options (gold and silver) for you to choose, you do not have to worry since whatever color it is, LeTV Le1S is still super stunning 😉 .

As for the LeTV Le1S specs, the phone sports an octa-core Mediatek Helio X10 2.2Ghz processor, which is quite impressive because it helps your device run faster a lot. Moreover, the performance is even much smoother thanks to 3GB of RAM paired with 32GB of internal storage. A high-end fingerprint scanner is placed on the back, which is similar to a lot of other premium handsets nowadays. In addition, there is a combo of a 5MP front and a 13MP rear camera boasting a PDAF system that can reach blazing fast auto-focus speed of only 0.09s. Wow!

The rest specifications include a USB Type-C port and a 5.5-inch Full HD screen with super thin bezels and a floating glass. Therefore, LeTV Le1S display is said to be brighter than its predecessor LeTV Le1. The whole smartphone is powered by a 3,000mAh battery supporting super fast charging speeds. You can totally have 3 hours of talking with just 5 minutes of charging.

In general, this new device from LeTV seems to feature a lot of top specs for flagship smartphones, which may make you think that it would cost an arm and a leg. But NO! The LeTV Le1S price really shocked us, and you, too, now!

In fact, we thought that Xiaomi was the only manufacturer which can produce both powerful and budget machines. Yet, now we have to mention LeTV also. With the 3GB RAM LeTV Le1S, hope that the company will have good sales and popularity globally in the future 🙂 .