Lenovo and Xiaomi are famous for producing affordable, powerful smartphones. And today, we’ll take their newest models into a comparison to see which one is the real king of budget handset category: Lenovo K5 Note vs Xiaomi Redmi Note 3!

Lenovo K5 Note vs Xiaomi Redmi Note 3: Many similarities but still different in their own ways

As we know, Xiaomi Redmi Note 3 has been one of the most remarkable Xiaomi smartphones so far. It was launched in November 2015 while Lenovo K5 Note has just been spotted on TENAA recently. Obviously, people know how good the Note 3 is but the K5 Note has not been released yet, so its strength is a mystery. First, we should look at their appearances. Xiaomi Redmi Note 3 is the first Xiaomi device to sport an all-alloy unibody and a fingerprint scanner on the rear. It is beautiful but honestly, we think Xiaomi Redmi Note 3 design is pretty similar to other metal Chinese phones. As for Lenovo K5 Note, we immediately notice that it’s totally different from almost all of Lenovo products. Though many people say K5 Note is a clone of the Redmi Note 3, we consider it is following a common design trend of Chinese handsets. Do you agree?

Next, spec-wise, there are some significant similarities as well as differences we should note. Basically, both of them have the same 5.5-inch Full HD display, 2GB of RAM (though the Note 3 also has a more advanced version with 3GB RAM), 16GB of ROM (2GB version), and a 13MP rear camera. They seem to have a lot in common, right?! But, of course, each device has its own special feature to make people remember them. 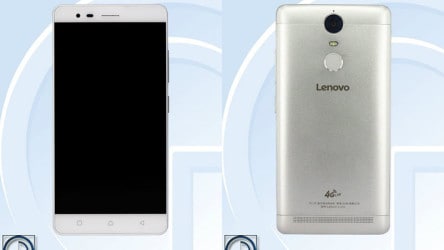 As for the highlights of Xiaomi Redmi Note 3 specs, they are the excellent 2GHz octa-core Helio X10 processor and huge 4,000mAh battery with fast charging tech, making the Redmi Note 3 better than its competitor since the K5 Note just sports a 1.8GHz octa-core Helio P10 chip and a 3,500mAh cell. Nonetheless, you will find K5 Note greater with an expandable storage and an up to 8MP front shooter. So, those who care much about long battery life, they should choose Xiaomi Redmi Note 3, but in case of loving taking selfies, Lenovo K5 Note will be an awesome choice.

Xiaomi Redmi Note 3 price for 16GB + 2GB variant is 899 Yuan or about $135 and you can easily find one in the market now. About Lenovo K5 Note price, it is still unknown but in order to beat the Xiaomi guy, K5 Note’d better come with the same or a cheaper price. Then, let’s wait and see!