As we are just getting closer to Apple 10th Anniversary which will be for September 2017, Apple has already started to make some changes to its iPhone devices.

The hottest News that people are talking about is all about Apple’s latest innovation, it’s trying to satisfy its fans and satisfy more customers as it recently launched a new iPhone 6. Let us tell you more about this innovation, iPhone devices are phones that most people want to buy, but many can’t afford it because of its expensive price tag. We actually wrote much News about all the iPhones that have been released, click here if you want to more about the first iPhone 6 that was launched in 2014.

You can also find more interesting stuff here about the iPhone 7 and the 7 Plus which were launched in September 2016. We do believe that iPhones devices are what Apple believe to bring success and happiness to its users, If you can afford to buy one of its product, we definitely recommend you to try. Let us tell you what the new iPhone 6 will offer in terms of specs. The iPhone 6 specs will offer the same screen of 4.7-inch LED-backlit IPS LCD with a resolution of 750 x 1334 pixels. It is powered by a iOS 8, upgradable to iOS 10.2 and an A12 Chipset with 1GB RAM. 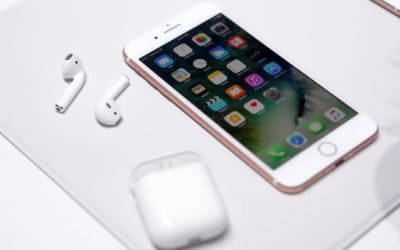 the previous model was only available in 16, 64 and 128GB, but this time you can get the 32GB storage variant. This new iPhone was quietly launched in the beginning of March 2017, but this updated version will only be available for Asians market. This particular variant is actually considered as a medium range model in China, it is actually sold by third party retailers. Reports said that the 32GB ROM variant will be available in Taiwan on March 10, this means that the iPhone SE and 6 will be the top low-end phones made Apple.

Most of the people like to buy those Apple devices known as low-end variants because they are cheap.
Taiwan Mobile will offer the Gold 32GB iPhone 6 with a 30-months contract for 45 USD per month. We will tell you more when we hear about its official price.