HTC One M10 showed up in live pictures

So, after LG G5, Samsung Galaxy S7 and Xiaomi Mi5, it seems like we will get HTC One M10 soon! Check out HTC One M10 design shown in some live pictures below! 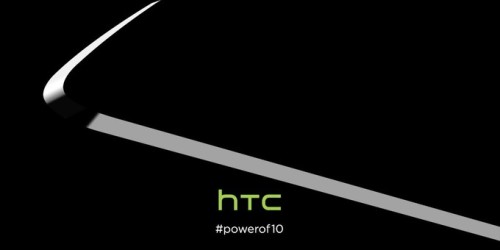 Like other brands, HTC also showed up at MWC 2016 to introduce their new models: HTC Desire 825, Desire 630 and Desire 530. However, there was no word made for the most anticipated handset of the company: HTC One M10 (aka HTC Perfume). Some assume this is a strategy: HTC will debut the One M10 later to gain full attention from everyone rather than sharing it with others. That makes sense, right?!

Lately, HTC has posted a new teaser on the internet, and we recognize the model in the pic is a smartphone, coming along with #powerof10. No doubt it is the One M10 we’ve been waiting for and surely made of metal. Besides, also due to the hashtag, we have an interesting thought that perhaps HTC will consider a deca-core chip for the M10 instead of a Snapdragon 820 processor. You see, it has power and also matches the name, rite?!

For other HTC One M10 specs, it is said to feature a 5.2-inch Quad HD display, a 12MP UltraPixel main camera with dual LED flash, a fingerprint scanner, 4GB of RAM, and 32GB of expandable ROM. Though, they have not been confirmed yet, so just take it with a pinch of salt.

HTC One M10 price and availability

As the M10 appeared in a teaser and some live photos, we guess it is on the way. HTC One M10 launch is likely to happen in March, 2016, but according to some sources, the phone will not be able to hit the market before May. In terms of HTC One M10 price, it can be around $700. What do you think?