HTC 10 launch is coming closer. As a result, more information about this flagship smartphone has also been revealed. Today, we can see the its leaked design and… 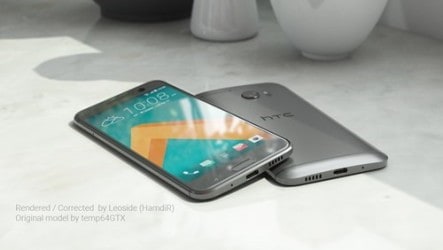 Not long ago, HTC posted a picture on their Twitter, showing nothing much but aiming at HTC 10 camera. They hinted that its front and rear snappers are gonna be the something special, unique and powerful. At the moment, many people believe the company will use some kind of technology like what Samsung used for their Galaxy S7 duo‘s shooter. Therefore, the 10’s 12MP UltraPixel cam can produce gorgeous pictures for you.

Besides, lately, the reliable leakster @evleaks has also mentioned some HTC 10 specs. Specifically, its display will be a Super LCD 5 one and battery will be capable of 3,000mAh. As for the cell, it is definitely better than the 2,840mAh batt of its predecessor HTC One M9, but very similar to many other flagships nowadays. Though, the screen is different. It’s pretty interesting to hear that the HTC 10 will use such a tech. 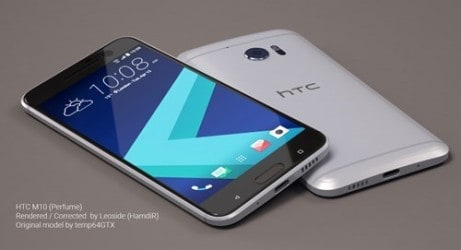 Good thing is that “Super LCD produces less glare and makes the user feel “closer” to the display itself. Super LCD’s benefits also include lower power consumption and improved outdoor visibility.” Cool, rite?! Apart from the batt and screen, other features have not been unveiled yet. However, we still hope to see an SD 820 chipset, 4GB RAM, 32GB ROM, and a USB Type-C port get on board.

According to the latest news, the firm will hold an event on April 12, 2016. It is very likely that HTC 10 launch will happen there as well. In terms of price, we guess it can cost around $700. Anyway, we’d better wait a bit more for the manufacturer’s official announcement in the next days.